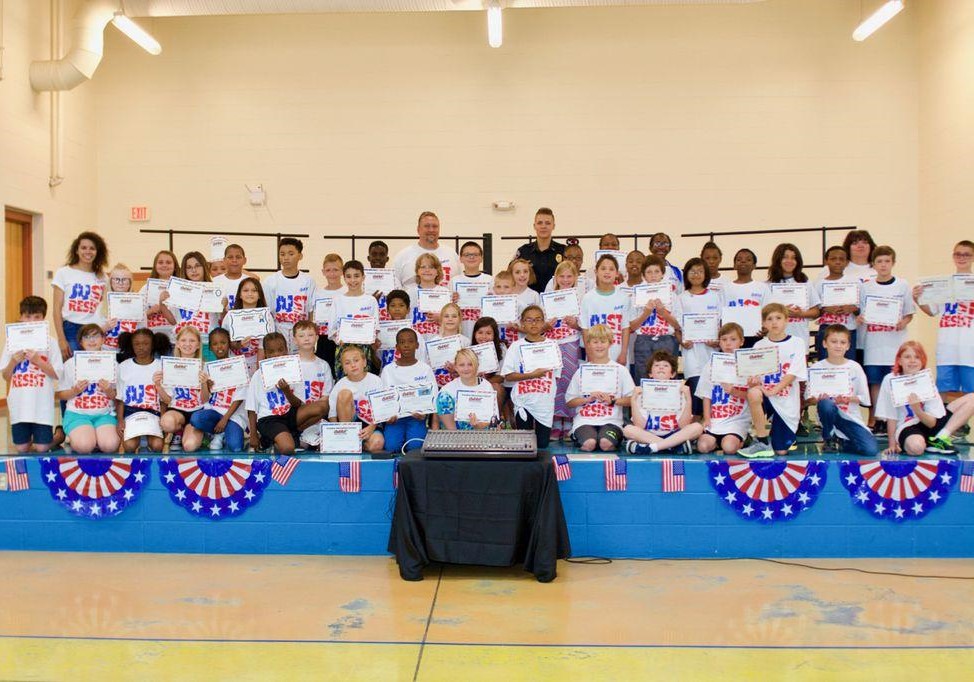 Fifty-five fifth graders at Freedom Elementary became the first to graduate from the recently re-instated D.A.R.E. program in the Waynesville R-VI School District on Friday, June 15.

The two-week Drug Abuse Resistance Education program – led by School Resource Officer ChristiAna Ball – was one of the options for fifth graders attending summer school this year at both East and Freedom. East students began the program on June 18 and will graduate on June 29.

Developing core academic and life skills, the curriculum furthers both educational and prevention goals. Students learn skills to help them learn to control their impulses and to think about the risks and consequences, which results in more responsible choices.

“We believe that if you can teach students to make safe and responsible decisions, this guides them to healthy choices, not only about drugs, but across all parts of their lives,” Ball said.

Mike Wells, a motivational speaker, Waynesville High School graduate and pastor, served as the keynote speaker. He challenged students to remain motivated to do the right thing, even when things don’t go your way.

Awards were presented to the following students:

“I don’t think that it’s just D.A.R.E. that affects my community,” said Hill, who spoke at the event. “I think that D.A.R.E. affects me and that I can affect my community to be better. I learned a lot about saying no to bad situations and being able to walk away from things that could affect my life in a bad way. If I share these things with people around me, then I know that I can make my community better.”