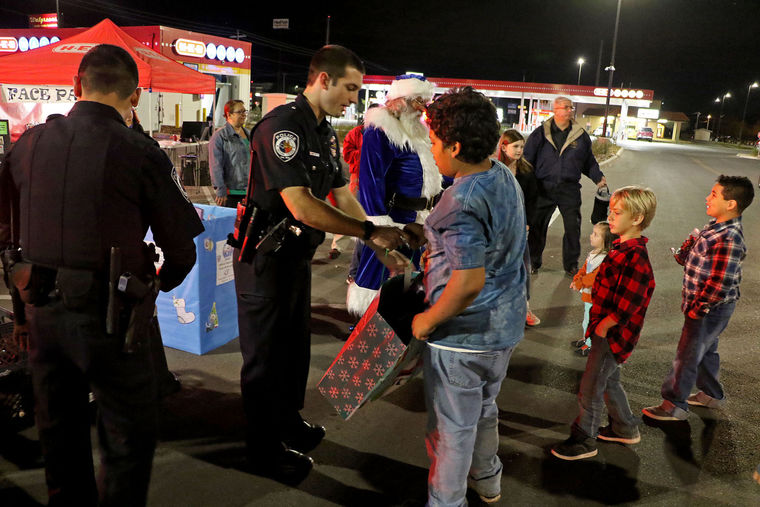 A group of children deliver bags of toys for the annual evening Blue Santa Toy Drive on Monday, Dec. 11, 2017 at H-E-B.

Seguin police officers stood and waved alongside Blue Santa in the parking lot of H-E-B on Monday evening.

The group gathered in the grocery store’s parking lot for two hours collecting toys and monetary donations for the department’s Blue Santa Program.

Each time the collection box filled up, volunteers would put items in the D.A.R.E. vehicle and, just as soon as they would empty it, more donations came in.

“The response was absolutely incredible,” Seguin Police Deputy Chief Bruce Ure said. “We are still tallying up the cash we received and we got a ton of toys. This is going to help us make sure all of the kids who are in need get a present this year.”

While officers were stationed at the light on Court Street and near the gas pumps, the crews were not alone in collecting.

“The firefighters were out there with their fire trucks and ambulance and they are always fun to work with as well,” Ure said. “We probably had about 40 people out there.”

This is the department’s third time to collect donations at night from the H-E-B parking lot, and each year it has grown Ure said.

“We’re learning as we go and quite frankly, we’re getting better at it every year,” he said.

In addition to the fire trucks and police cars, organizers had a DJ playing Christmas tunes and a face painter crafting up works of art.

“She did a wonderful job,” he said. “She had the most creative stuff we’d ever seen. It is a lot of fun.”

Ure said the partnership with the grocery store allows the event to thrive.

“H-E-B is such an incredible partner to allow us to do it on their property and to support us,” he said. “They mark off the area, set up the tent.”

And while its the officers, firefighters and volunteers who collect the donations, Ure said the event’s success is because of the community’s generosity.

“It was a good community effort. Every year the community surprises us even more because they give even more,” he said. “Quite frankly, Seguin is a very giving community and it is just heartfelt giving. That makes it even more special.”

Visit the website of Seguin Gazette to view more photos from the event. 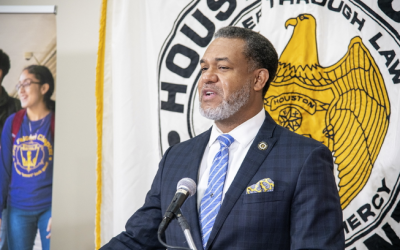 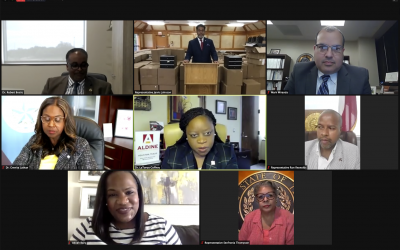 D.A.R.E. America International is donating over a thousand computers for the use of students of the Houston Independent School District in an initiative to help address concerns about the students’ access to technology needed for remote learning… 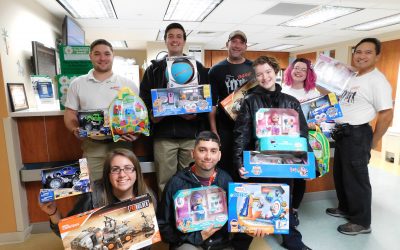 We hope this letter finds you all having a fabulous New Year! Please know we are so incredibly thankful to have received the many boxes of toys from your group. Not only did you bring an impressive number of gifts, the items themselves were awesome! The building... 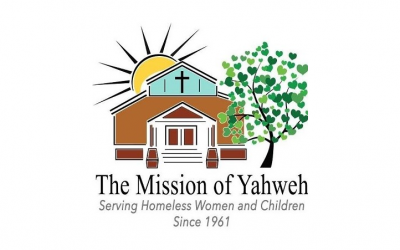 KARE Donation to The Mission of Yahweh

“On behalf of The Mission of Yahweh, thank you so very much for your recent donation of all the wonderful toys for our children. Your support enables us to provide homeless women and their children with basic needs and support services in a safe and caring Christian…”

We are so thankful for your recent donation of dog treats for our shelter pets. Your support is crucial to providing comfort and loving guardianship for the homeless in our care. Last year, the San Antonio Humane Society saved over 5,000 homeless pets and conducted... 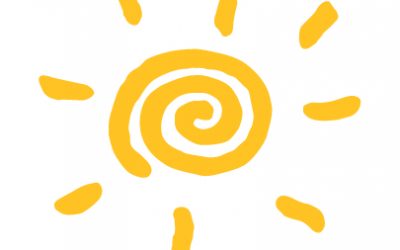 I am writing you to express my personal appreciation for your gift to LifeWorks. Your donation helps support LifeWorks’ mission of being a fearless advocate for youth and families seeking their path to self- sufficiency. We are grateful for your generosity, your... 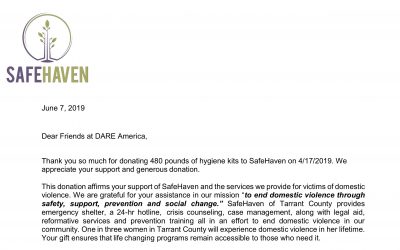 Dear Friends at D.A.R.E. America, Thank you so much for donating 480 pounds of hygiene kits to SafeHaven on 4/17/2019. We appreciate your support and generous donation. This donation affirms your support of SafeHaven and the services we provide for victims of domestic… 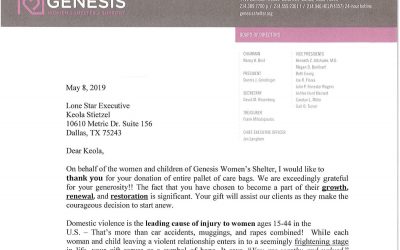 On behalf of the women and children of Genesis Women’s Shelter, I would like to thank you for your donation of entire pallet of care bags. We are exceedingly grateful for your generosity!! The fact that you have chosen to become apart of their growth, renewal… 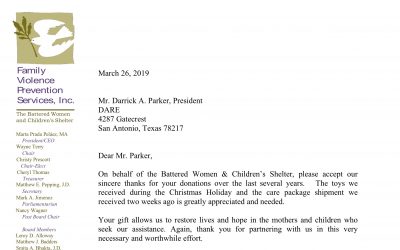 On behalf of the Battered Women & Children’s Shelter, please accept our sincere thanks for your donations over the last several years. The toys we received during the Christmas Holiday and the care package shipment we received two weeks ago is greatly appreciated…