Sgt. Gene Higginbotham would rather be in class right now, giving another lesson to a roomful of D.A.R.E. students.

But like everyone else, he has to follow the rules, which don’t allow for that at this time.

That doesn’t mean he doesn’t miss his students, though.

“I hate that we’re not [in the classroom],” Higginbotham said in a video posted on the Livingston Parish Sheriff’s Office’s Facebook page.

“But understand that these are times where we all have rules to follow. Keep that in mind — these are things we’ve talked about in D.A.R.E. There are rules and decisions we have to follow not only for ourselves, but for other people as well.”

The Livingston Parish Sheriff’s Office posted a video this week featuring its three full-time D.A.R.E. officers who spoke directly to their hundreds of fifth-graders across the parish for the first time since all schools statewide were closed amid the novel coronavirus pandemic.

In the video, Higginbotham, a D.A.R.E. officer for 19 years, was joined by Deputy Jason Hunt and Deputy Mia Terrell, the first female D.A.R.E. officer in the parish. All three said they wished they could be in the classroom with their students again and expressed hope of doing so again in the future before wishing them all a happy summer.

“I miss you and can’t wait to see you guys again,” Higginbotham said.

The D.A.R.E. (Drug Abuse Resistance Education) program was founded in 1983 and has been implemented in thousands of schools throughout the U.S. and more than 50 other countries, affecting the lives of millions of school children across the globe, according to its website.

D.A.R.E. is a police officer-led series of classroom lessons that teaches children from kindergarten through 12th grade how to resist peer pressure and live productive drug-free and violence-free lives.

In the last 36 years, more than 70,000 police officers have taught the D.A.R.E. program to more than 200 million students worldwide – including 114 million in the U.S. alone.

Locally, three full-time D.A.R.E officers and three part-time officers visit all fifth grade classes in Livingston Parish on a weekly basis. Officers will spend roughly an hour with each class a week until graduation at the conclusion of the semester.

Unfortunately for the spring semester D.A.R.E. students, they won’t get their graduation ceremony this school year. Gov. John Bel Edwards closed all schools in Louisiana on March 13 and recently extended that closure to the rest of the school year.

Higginbotham said he was leaving Denham Springs Elementary when he heard of Edwards’ announcement.

“That was the last chance to see them,” Higginbotham told The News. “We haven’t seen our students since then, which is why we wanted to make the video. We just wanted to let them know we’re thinking about them.”

In the video, Higginbotham also commended teachers for “the job they’ve done” having to adapt to distance learning methods on the fly.

“I know this has been extremely difficult for you, not only with the distance learning part of it, but I know these are your kids. I know you miss them as well. But you guys are tough… and we’re gonna get through this.”

From The Livingston Parish News 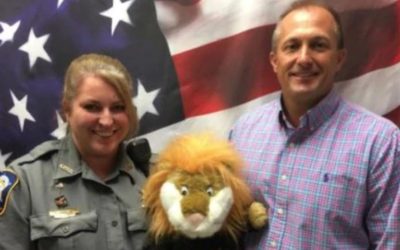 The Drug Abuse Resistance Education (D.A.R.E.) program has returned to Avoyelles Parish Schools. According to Sheriff David Dauzat, the program had been shut down by the previous administration in May 2019. In late July 2021, the APSO Certified D.A.R.E. Officer, Deputy Tyra Mayeux… 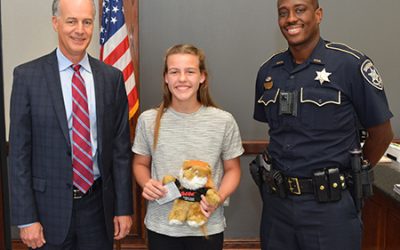 A 5th grader from Haughton Elementary School bested some 2,000 other students who graduated from the D.A.R.E. program here in Bossier Parish to have her essay be named, “D.A.R.E. Essay of the Year.” Bossier Parish Sheriff Julian Whittington presented Saylor White with... 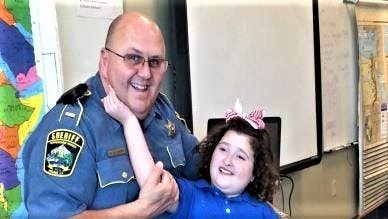