Canton Looks Toward Means of Improvement 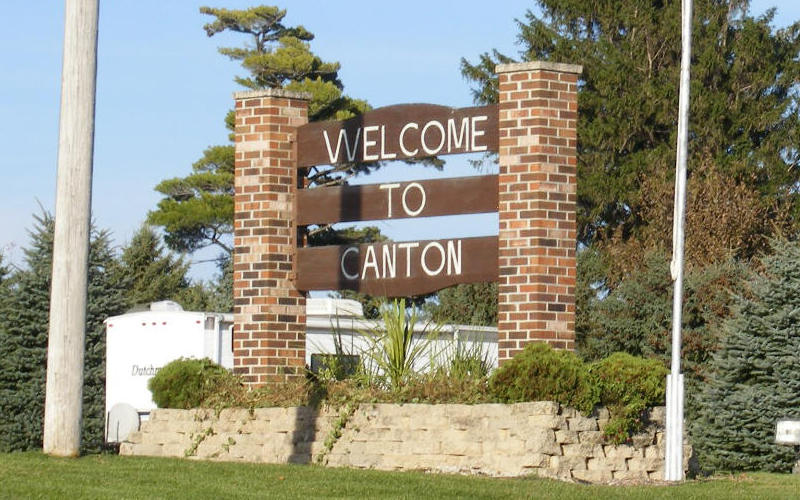 Among the topics discussed during the July 10 meeting of the Canton City Council was “the option of installing two additional signs below the current Canton population sign, of which would include one stating of the city being a ‘D.A.R.E. Community.'”

Initiated primarily by newly hired city clerk and treasurer Brock Bergey, a major topic of discussion during the regularly scheduled Canton City Council meeting held on July 10 revolved around possible improvements to be considered throughout the town. These included increased safety measures for citizens, ways of promoting civic pride, greater means of communication between residents, and undertaking steps to ensure more well-maintained properties.

The conversation first kicked off with Bergey’s acknowledgement of the city’s lack of crosswalks on Main Street. In talking with area deputies, advantages to pursuing these additions would not only include improved public safety, but also the ability of law enforcement to actually implement pedestrian right of way. In doing this research, Bergey additionally presented that because the street is a county road, the county would be responsible for this project, with the city then possessing the minimal financial responsibility of maintenance, such as repainting.

While on the topic, other council members also brought up the possibility of purchasing radar speed signs, noting the ignorance of the current speed limit of 30 miles per hour, especially along Main Street, as well as lowering such to 25 miles per hour. However, with summer winding down, those present agreed to take a look along the street and consider the best course of action, allowing for the city to pursue action next spring if interested.

Taking cues from nearby cities, Bergey next shifted toward the option of installing two additional signs below the current Canton population sign, of which would include one stating of the city being a “D.A.R.E. Community” and the other of a “Proud FFA Community.” Noting his previous experience with the DOT in Wisconsin, Bergey demonstrated his interest in the matter, as well as the ease of such a proceeding with limited paperwork and the opportunity of such programs covering the cost of the signs. Persuading the entirety of the council of the sense of pride associated with such an undertaking, the action was unanimously approved.

With the possibility having been considered for numerous years, the council finally approved the creation of a city Facebook page, allowing for a more direct and immediate connection with those on the social media platform. The source would be strictly informational, rather than an open forum, and would include such matters as reminders regarding licensing and notes of street repairs.

Having failed to deal with such effectively in years past, the council again brought up the issue of certain nuisance properties, of which include the former school building and the Holzwarth, Scrabeck, and Whalen properties.

Communication with current owner of the property housing the old school, Steve Poppelwell, resulted in this individual stating his lack of interest in continuing to possess the property and belief that the city should purchase it. Discussions with the other nuisance property owners generally yielded promises to have the areas cleaned by a specified date, though such have proved ineffective in the past. Therefore, all council members agreed that the city should revise their current ordinance in a stricter manner. The process will involve the formation of a committee for the purpose of reviewing the new ordinance and a public hearing, and will likely involve collaboration with attorneys, the sheriff’s department, and other communities for feedback.

As for old business, updates on the MERC tax settlement were also presented. Confusion was still evident in why Canton was hit so hard in comparison to other nearby towns, with the most adequate explanation having to do with the city’s levy to be so low that a larger proportion was calculated to be withheld. Bergey reached out to both the Fillmore County Auditor/Treasurer Heidi Jones, who expressed a willingness to come to the next meeting to attempt to answer some questions, and a MERC spokesperson, who provided no response. Because of the settlement’s effect on all citizens, the council expressed commitment to trying to get more information and keeping the public posted.

Public Works Director Jon Nordsving received an additional quote from a construction company pursued for street repairs. Finding the price to be rather reasonable as well as the fact that improvements could begin July 15, council members decided to go ahead with the project.

Mayor Donivee Johnson brought to attention that the electronic sign for the city is currently in production. In addition, Johnson noted that because the Canton Community Association is a nonprofit organization, it cannot legally own the sign, so the city will be responsible for its maintenance. Additionally, because a verbal agreement is all that exists at this point, an easement needs to be initiated and signed by both parties.

A brief update on Canton Day Off, to be held August 16, 17, and 18, was given. Currently, all banners are out, and the Facebook and website are updated. It was also brought to attention that Lori Feltis will be demonstrating Bohemian rag rugs during the celebration. Additionally, with the all school reunion planned for that Saturday, a citizen suggested moving the all school pictures from their current location in the Presbyterian Church for viewing by those attending, of which all agreed would be ideal.

The green space located outside the town hall is looking to be completed on July 15 with the planting of arborvitae and flags, courtesy of the Rockwell Collins grant obtained by the city. In discussing the matter, the need for a few volunteers to help plant was mentioned, as was the requirement of a flag pole for city hall to meet the statute, of which will be pursued at a later time.

In moving to matters of new business, it was made aware that Nordsving is looking at changing companies regarding water tower maintenance. The council is currently awaiting a copy of their current contract with Maguire Iron, Inc., noting of previous problems regarding scheduling, to compare with that of KLM Engineering, Inc. Costs will likely be comparable, and many area cities have also been found to be making the transition to KLM. A motion is pending upon review of the current contract.

A temporary liquor license was approved for the Canton American Legion for August 16, 17, and 18, during the Canton Day Off celebration.

The Canton Fire Department has also made a request for up to $1,000 to replace an outdated laptop. However, with no information on the tasks enabled by the laptop, as well as if any specific software is required, the council failed to make any decision until more particulars were given.

Mabel-Canton Superintendent Gary Kuphal is again looking to finalize a date for a joint meeting with the M-C School Board and Mabel and Canton city councils. However, with those of the council who participated last year failing to recall if anything specific was truly accomplished, indifference was expressed. The suggestion was made for the school board to coordinate a date with the Mabel city council with Canton then concluding if someone would be available to attend.

The meeting concluded with the approval of the replacement of a fire hydrant at the corner of Hudson Avenue and West Street to be completed as soon as possible.

The next Canton City Council meeting will be held at Canton City Hall on August 14, at 7 p.m. As always, all are welcome to attend. 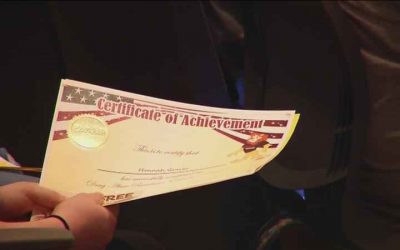 172 – 6th graders celebrated graduation together at Hermantown High School on Friday, after completing ten separate classes within the D.A.R.E. program. Officer Tim Battaglia says, “You know, yeah they learn a lot of things, they learn facts and health effects on drugs and alcohol, but the D.A.R.E. program is so much more than that . . .” 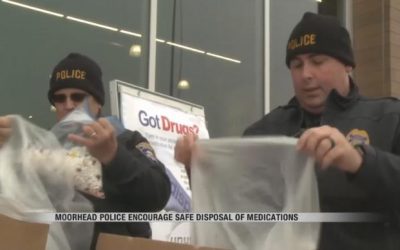 MOORHEAD, MN (Valley News Live) The opioid crisis is complex, but local police are practicing prevention techniques as a part of the bigger solution. “Prescription drugs, non-prescription, pet medication,” Officer Ethan Meehan says as he organizes bottles and bags of... 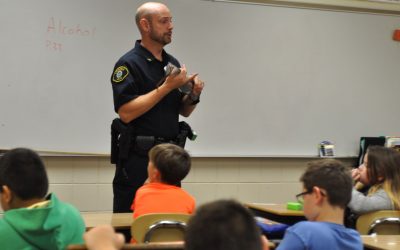 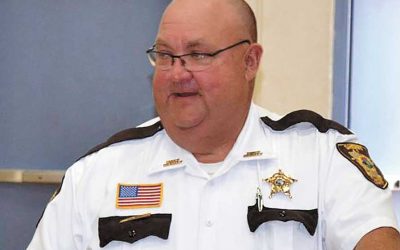