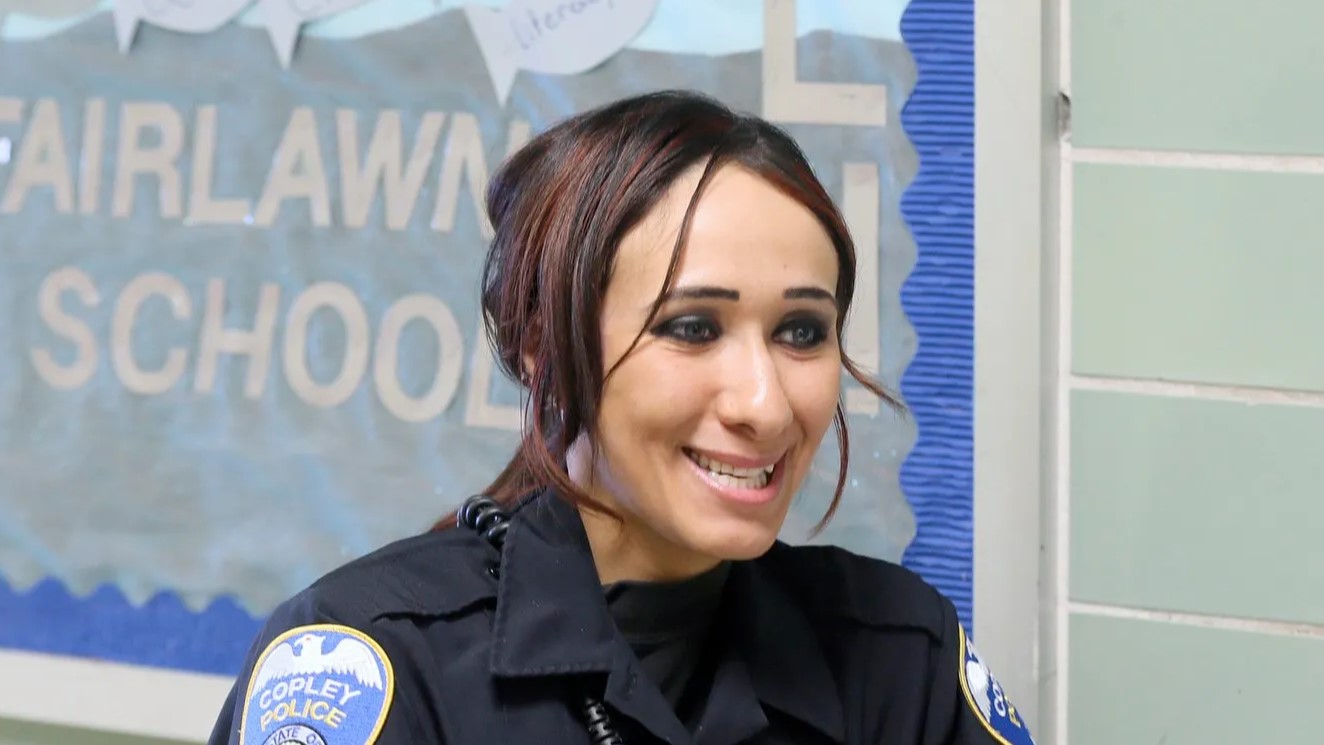 When Copley police Officer Sarah Shendy was 13, she wrote to President Bill Clinton and told him she wanted to get a job.

Since then, she’s held two jobs and now works for both the Copley Police Department and as the director of the Ohio Office of Law Enforcement Recruitment.

Shendy’s ambition — and impressive resume — recently earned her a 40 Under 40 Award from the International Association of Chiefs of Police (IACP). She is the only Ohio officer and the lone Arab-American woman chosen for the award this year.

Shendy, 37, will receive the award during the IACF Conference in Dallas Monday.

“This is my career lottery because it’s international,” said Shendy, who has received several distinctions over the years. “It’s pretty awesome!”

The award honors 40 law enforcement officials under 40 from around the world who “demonstrate leadership, exemplify commitment to their profession, and have a positive impact on their communities and in the field of policing,” according to an IACF blog post.

Copley Police Chief Michael Mier said Shendy has distinguished herself not only with his department for 14 years, where her duties have included teaching D.A.R.E. and helping with the Shop With A Cop program, but also with the state recruitment position she’s held since 2020.

“The award says it all,” said Mier, who has been in law enforcement for 40 years. 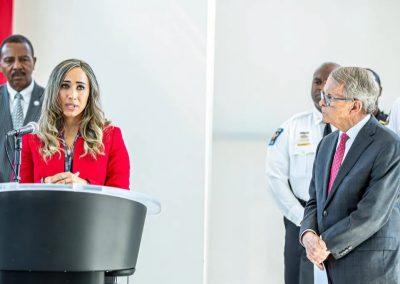 Sarah Shendy, the director of the Ohio Office of Law Enforcement Recruitment, speaks at an event in June 2021 to announce a new program to arm officers with the skills they need to pursue a career in law enforcement. To her right is Gov. Mike DeWine. 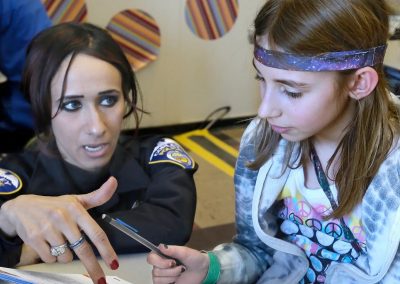 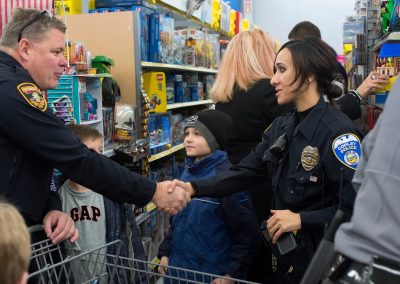 Officer Shendy – Shop with a Cop

Officer Tim Reinheld, of Stow, greets Officer Sarah Shendy, of Copley, while Tristin Curtis, 8, of Copley, and other children participating in Shop with a Cop look on in December 2014 Copley Police Officer Sarah Shendy talks about her police background and growing up in a Egyptian-Muslim home in January 2015.

The Beacon Journal recently talked to Shendy about her unique background, law enforcement career and goals for the future.

Where are you from and how long have you been in the U.S.?

I was born in Saudia Arabia … I went to kindergarten, first and second grade in Egypt and Saudia Arabia. I do have dual citizenship with Egypt and the U.S. … I always say I’m first-generation Arab American. I was raised here and my parents were not. I’ve been in the U.S. since 1991.

Has this background helped you in your law enforcement career?

I would not say it helped me. I would say it has been instrumental. The first thing I feel separates me from others is that I was born and raised with very intense, compassionate empathy. Growing up in a Middle Eastern/Muslim home, compassion and empathy are foundational.

Did you have any early interactions with officers that stuck with you?

I had D.A.R.E. in middle school. Every single kid who had D.A.R.E. never forgets their D.A.R.E. officer. I remember I was fascinated with the uniform and job … I lacked the confidence. I did not think I would be good enough with the differences and culture, religion and my accent.

What made you decide to take the leap and become an officer?

When I was at Kent State, one of my instructors, Jim Owens, in my justice and criminology classes was the first commander in the police academy that Kent State was bringing back. He said, ‘I think you should go. Based on what I see in class, you’re a hard worker and you’d make a great police officer.’ If it wasn’t for him, who knows if I would have mustered up the courage to take that step.

At Copley, one of your duties has been teaching DARE, the program that first piqued your interest in law enforcement. How was that for you?

I got so close to the kids. They let you in. If and when they needed anything, they would call you. This is what this job is about. I’d rather have those kinds of connections – to know I was an influential person in someone’s life.

What can you tell me about the training course you designed in 2012 about how to interact with Middle Eastern populations?

I learned very quickly that law enforcement is uneducated about the Middle Eastern culture and the Muslim religion … The class is about dispelling myths and misconceptions. I’ve taught it over 100 times locally and in the state … One of the officers wrote that he used to hate dealing with the Muslim community and now looks forward to the opportunity to engage with them. That meant so much to me.

What are your duties with the state’s new Office of Law Enforcement Recruitment?

The majority of the time, I interact and engage with the community. My favorite thing to do is speaking at high schools and colleges … I talk to all majors. We need a diversity of majors.

What do you hope to accomplish with this job?

My biggest goal is to educate the community and the public on what we do and why we do what we do. Women and minorities have special challenges when it comes to going into the job.

How have you been helping law enforcement agencies with recruitment efforts?

Some departments have recruitment teams. The majority don’t … I tell chiefs, ‘Every officer is a potential recruiter.’ I urge them to look at recruitment initiatives and billboards – what information are they putting out there … Just think outside the box. Our office has grants allocated to recruitment-related things and officer wellness.

How big of a challenge is recruitment for police agencies?

I will tell you – with recruitment – I say to people all the time, ‘It’s not as bad as you think.’ They are under the impression that no one wants to be a cop anymore. It’s not true. The academies have lower enrollment, but it could be because people don’t have $7,000 to spend to go … I emphasize to ask for money to send people through the academy.

Anytime there’s a high-profile use-of force incident that takes place anywhere in the country, it impacts every officer in the country because of the widespread media coverage and social media … What I tell officers is, ‘You always have to lead by example.’ When bad things are happening around the country, people are always looking at you to show who you are as a person and who you are as an officer.

What was your reaction when you found out who had received the 40 Under 40 award?

I fell on the bedroom floor and ugly cried for about 20 minutes. I was in such disbelief … I feel extremely privileged and very lucky. Every time something good happens to me, nothing makes me happier than seeing my parents smile. I always want to show them the sacrifices they made as immigrant parents are worth it.

If you’re asked to speak, whom would you thank?

I would thank everybody who has been in my corner from Day 1. My family, my close group of friends, the governor and attorney general, Chief Mier. They have been my mentors and sponsors all my life. And my kids. It’s so funny, you asked if I have any kids. I have 500 – the entire Copley Middle School … This award does not belong to me. It belongs to us.

What are your future career plans or goals?

One day, I want to be chief of police somewhere. That’s my plan. If God has other plans for me, I’m down. That’s what I want to do. I think I would do great. Every officer would be happy, healthy and taken care of. I would perpetuate positive things about law enforcement. I would put people, community and kids first.

Titles: Copley police officer since 2008 and director of the Ohio Office of Law Enforcement Recruitment.

Personal: Age 37. Grew up in Cuyahoga Falls and still lives in Summit County. Single with no kids but spends lots of time with her nieces and nephews. 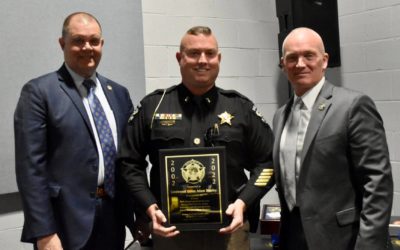 Stanley was a Brunswick County sheriff’s deputy for 25 years before retiring at the end of March. He spent eight of those years as a school resource officer, running programs like D.A.R.E. that made early interventions in kids lives… 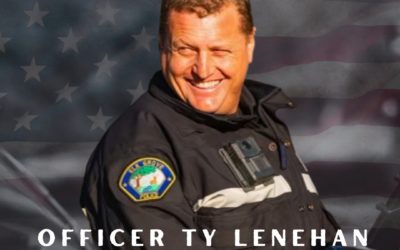 Photo from The Officer Down Memorial Page
On January 21, 2022, the California Highway Patrol was advised of a wrong-way driver traveling northbound in the southbound lanes of Highway 99. While responding to the area the officers were advised the wrong-way vehicle… 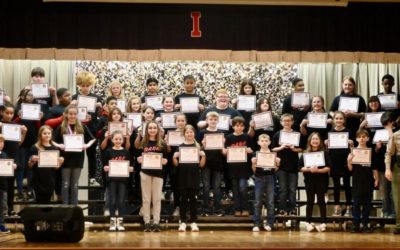 Ingomar's 5th graders graduated from the D.A.R.E. Program sponsored by the Union County Sherriff's Department this past week. In the class, Deputy Tressa Hester educates the students on making decisions and the effects they can have on them as well as the people... 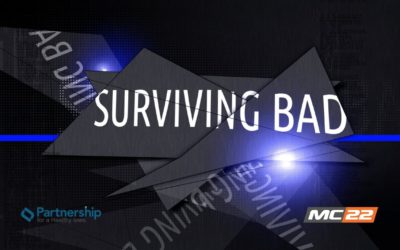 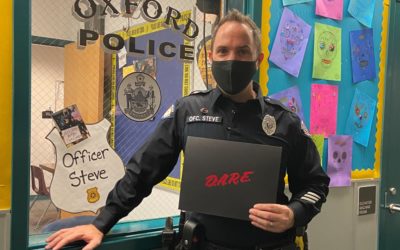 D.A.R.E. Program Has Grown Throughout The Years To Be Much More Than Just Drug Prevention

Officers who teach it in schools also focus on the dangers of social media, peer pressure, bullying, and stress, and how to develop healthy life skills. Most people can remember the Drug Abuse Resistance Education (D.A.R.E.) program that has been taught in schools for...