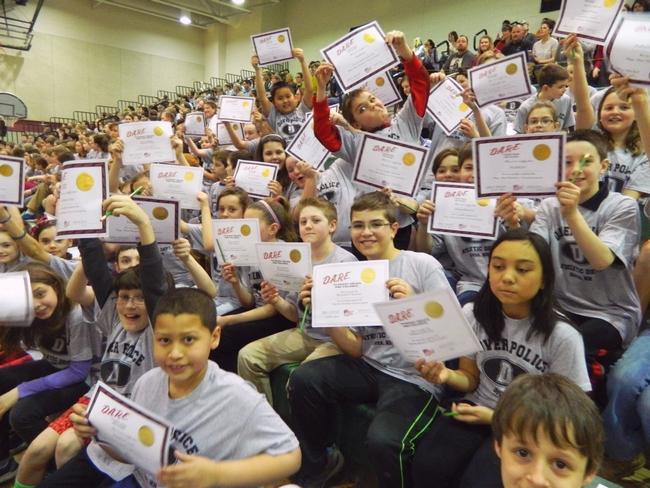 Dover D.A.R.E. graduates show off their certificates at a ceremony held earlier this month.

At the event, 312 fifth-grade students celebrated the completion of the D.A.R.E. curriculum, which lasts 13 weeks.

Prior to the graduation ceremony, the Dover Police Department’s Youth to Youth program recognized Watters for his long-standing support of substance abuse prevention efforts. The award, presented to him by Colarusso, was the Community Service in Drug Prevention Award “for tireless legislative efforts to champion action, resources and solutions needed to respond to substance abuse, including legislation to protect kids from exposure to second-hand smoke in cars.” Watters and Colarusso both addressed the D.A.R.E. graduates. 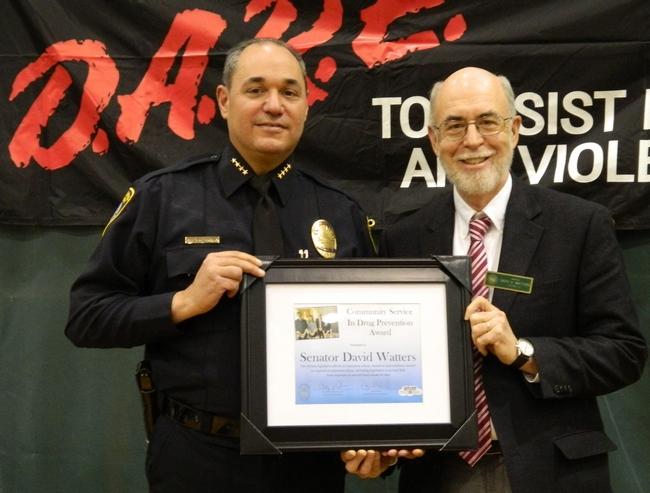 As part of the DARE program, each student is asked to write a letter to a fictitious friend who has moved away and has recently begun to use alcohol or tobacco. The goal is to see what the students would write to that friend to help them make better choices. The winning essays were written by Kyla Woolley and Finn Mattingly. They both read their award essays to the large crowd. The graduates were then presented with their certificates and their Drug Free IDs. The Drug Free IDs allow the students to get discounts at several participating businesses in the area. 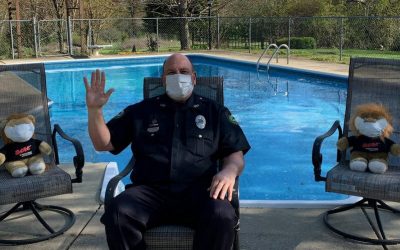 D.A.R.E. Officers Thinking “Outside the Box”

Photo: D.A.R.E. Officer Steve Petroski of the Exeter Police Department delivering a message to his students on how to be safe and responsible.
New Hampshire State D.A.R.E. Coordinator Richard J. Perreault III said, “I have been in touch with several D.A.R.E. Officers…