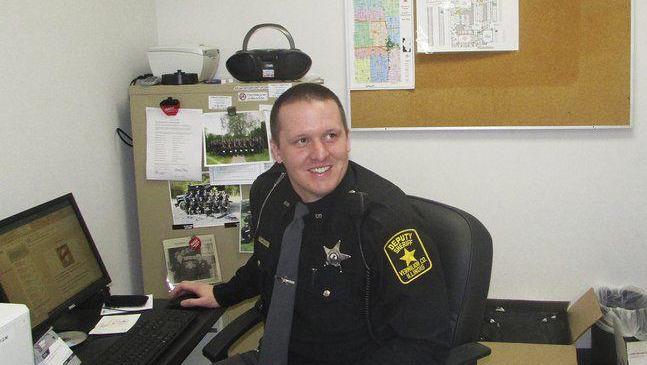 D.A.R.E. Officer and Vermilion County Sheriff’s Deputy Jay Miller in his office at the Public Safety Building. Miller’s duties take to several schools in the county.

Parents can use the extra assistance when it comes to helping their children make right decisions with their friends and in life in general.

D.A.R.E. Officer and Vermilion County Sheriff’s Department Deputy Jay Miller is one of those who is trying to making impacts on the lives of fifth- and sixth-graders throughout Vermilion County.

“I wish it was,” Miller said of D.A.R.E. in Danville public schools, but he also said it’d be “a huge undertaking” in working with all the classes. He said government grants funding dried up for the program to be in schools and schools are charged to have the program. He said there was a mutual agreement to stop the program in the late 1990s in Danville and that’s when a School Resource Officer started at Danville High School.

Danville Public Safety Director Larry Thomason also said it was a mutual decision with the Danville Police Department and school district to end the program in the 1990s. There were issues of not having enough police officers and not reaching the intended points with students as they moved from elementary school to high school age, he said.

Miller says the D.A.R.E. curriculum has changed through the years, just as drug activity locally has changed.

The 36-year-old Miller remembers participating in the program as a student. He was a Jamaica High School role model through the program and talked to younger students about peer pressure and what it’s like in high school. Now he’s come full circle in being a D.A.R.E. officer.

Miller started as sheriff’s deputy in 2004 and a D.A.R.E. officer in 2008. The two other D.A.R.E. officers with the Vermilion County Sheriff’s Department are Doug Showers, who is in his first year with Rossville-Alvin students, and Ryan Goodner at Salt Fork North Elementary.

The semester-long program for students, lasting about 15-16 weeks, starts in the fall or spring for the schools.

The program is followed by a graduation ceremony where the students receive certificates and a t-shirt. The next graduations will be in May.

Most are fifth-grade classes receiving the curriculum, with exception of sixth-graders in Oakwood and Judith-Giacoma Elementary in Westville. The officers are in the schools once a week, for about 45-50 minutes.

He said they talk about drugs a little bit, but it’s more about: Define, Assess, Respond and Evaluate. The Decision Making Model steps are: D – Define, describe the problem, challenge or opportunity. A – Assess what are your choices? R – Respond, Make a choice. Use the facts and information you have gathered. E – Evaluate, review your decision. Did you make a good choice? The “Keepin’ It REAL (Refuse, Explain, Avoid and Leave)” curriculum also teaches about the importance of being responsible at home and school.

Miller said they talk about things like bullying and peer pressure situations, being a tattle tale versus telling an adult something important, risks and consequences, good citizenship, friends’ foundation and stress.

“Kids can relate to what stress is,” Miller said.

Effective communication is a lesson, he said.

The students also take a tour of the Public Safety Building to visit the 911 Communications Center and other parts of the building, including the jail.

Miller said some students have had a family member in jail and they can see where they can end up if making wrong decisions.

“The things I’m saying, they’re no joke. There are consequences for certain behaviors in this world.” he said.

After graduating from the program, the students also are asked to write essays about what they learned and why the program was meaningful to them. Essay winners receive medals.

Miller said he’s seeing some former students he taught who are now in their 20s. They come up and say “Hey, Deputy Miller”’ and some have told him thank-you for what he taught them.

He said he also hears from parents about the impact of the program, such as it inspired them to quit smoking.

Miller said he bonded with a couple boys he had as students over four-wheelers and ATVs. The boys grew up in a rough family and their mother and father were in prison. He knew it hit home with them when talking about consequences from bad decisions.

But for every one student he knows he reaches, it’s a success.

“I enjoy it,” he said, adding that his wife also is a teacher and they have two children, a 2-year-old and a 5-year-old. “Being around kids is comfortable.”

He’s worked with school resource officers at Oakwood and Rossville-Alvin.

There’s a conference this summer involving D.A.R.E. officers, juvenile detention and state’s attorney’s office officials and also school resource officers and about working together, he said.

Miller said he’s given talks to some students about their behaviors if a school official has asked.

When Miller isn’t in schools, he patrols, transports prisoners and can work security at the courthouse and county administration building.

Miller said of the drug arrests and activity locally, “they do it in different ways.”

It’s changed from crystal methamphetamine and a lot methamphetamine labs when he first started, and staking out anhydrous plants, to synthetic drugs such as bath salts and marijuana with names like K2, Spice and Scooby Snax. Officers also are having to carry Narcan, to reverse opioid overdoses, and there’s a lot of vaping, he said.

“There’s a big misconception,” he said, adding that it can have more nicotine. “I do know it’s a problem.”

The former Catlin IGA parking lot, for example which is a few blocks from the schools in Catlin, has a lot of discarded glass vaping bottles, he said.

New studies show the science-based changes to the D.A.R.E. curriculum made in 2013 are working. The changes include more than tobacco and alcohol, they address positive opportunities and gathering information about a situation before making a decision.

Regional Superintendent of Schools Cheryl Reifsteck said Vermilion County schools pay a $4 per student fee, looking at the school’s total enrollment, for the D.A.R.E. program. School boards vote on paying for the program, she said.

Reifsteck said the fee “just supports the program,” such as for the books and materials, t-shirts. The sheriff’s department pays the deputy salaries.

Reifsteck also noted that some schools in the county, such as Rossville-Alvin and Oakwood, also have school resource officers.

“They are very different roles,” she said about the school resource officers and D.A.R.E. officers.

Reifsteck said the D.A.R.E. officers are in the classrooms for the drug prevention program that also teaches decision making and the school resource officers are for more security and safety for the buildings.

This year millions of school children around the world will benefit from D.A.R.E. (Drug Abuse Resistance Education), the program that gives kids the skills they need to avoid involvement in drugs, gangs and violence.

D.A.R.E. was founded in 1983 in Los Angeles and is now being implemented in 75 percent of the nation’s school districts and in more than 52 countries around the world.

D.A.R.E. is a police officer-led series of classroom lessons that teaches children from kindergarten through 12th grade how to resist peer pressure and live productive drug and violence-free lives. 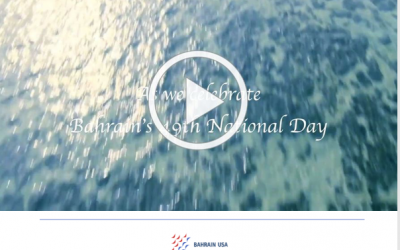 Pike County Sheriff’s Deputy Chastity Anderson is the school resource officer for the Western, Griggsville-Perry and Pleasant Hill school districts. After tensions across the country have risen between law enforcement and various groups, some have made a push to...