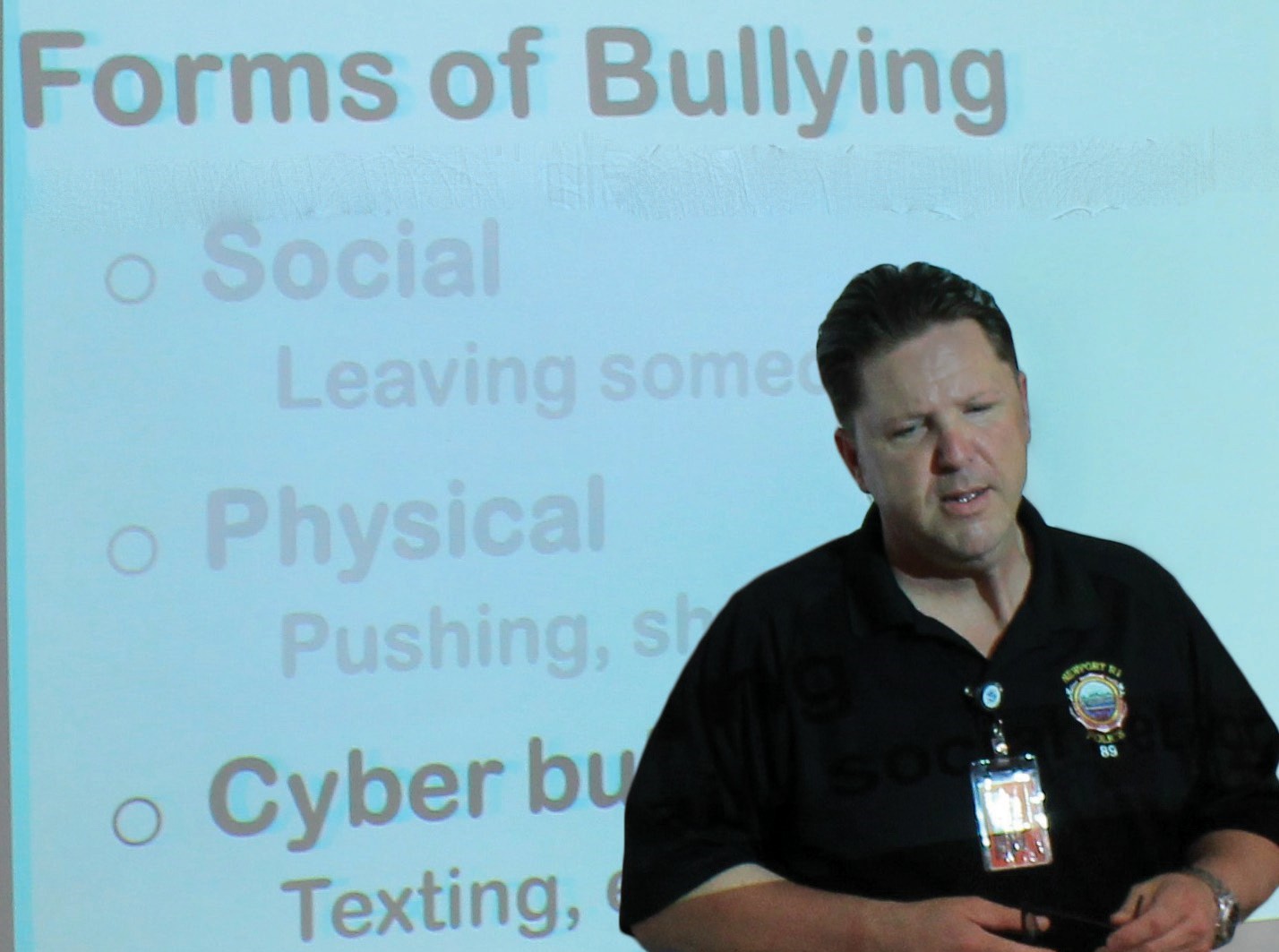 Newport D.A.R.E. Officer Bob Spellman, a 15-year veteran of the department, is also on the community-oriented policing team.

The D.A.R.E. (Drug Abuse Resistance Education) program has been a part of Newport’s educational system for over two decades. Originally designed to complement national drug and alcohol awareness and education policies, D.A.R.E. was aimed at helping young people make sensible and safe decisions about addictive substances.

In recent years, the curriculum has evolved to counter other challenges faced by today’s youths, including physical bullying and cyber-bullying. The program is designed to teach confidence, empathy, healthy decision-making principles, and to foster better communication with teachers and parents. It also helps students manage feelings of anger and aggression, and demonstrates how to resolve conflicts without resorting to violence. The dangers of drugs, alcohol, and tobacco use are also covered.

Newport police officer Bob Spellman, a 15-year veteran of the department, is Newport’s D.A.R.E. officer and is involved with community-oriented policing. “I’ve been teaching this course at Thompson Middle School and Cluny School for the past four years, and I have personally observed the difference it makes in children’s lives.”

Spellman’s course, taught to seven Thompson fifth-grade classes and one Cluny class, is comprised of 10 lessons lasting 55 minutes each. An animated film is shown to highlight scenarios that students may confront in their lives.

When the sessions first begin, Spellman sometimes notices a reluctance of students to speak up or openly participate, as they may be apprehensive about speaking in front of their peers. Then there is the issue of a police officer conducting the class.

“Some of these kids aren’t too sure if they can speak frankly or openly in front of me,” Spellman said. “Their opinions of police officers may have been shaped by someone who doesn’t trust us. One of the changes we made was to adapt a softer uniform approach with blue polo shirt and khakis. It makes me more approachable than if I was in full uniform.”

Spellman also uses stories of his own life experiences as a youngster and relates them to the topics the students are studying. He uses these examples and his own observations to facilitate discussion. “Once we get going, the feedback from the class is overwhelming. They are grasping the importance of these various issues and seeing how it all applies to their lives at the present time,” Spellman related.

The final segment of the course on bullying on school grounds, whether done physically, socially, or verbally, drew an animated discussion. Spellman told the class about his own experiences with being bullied when he was their age and the effects it had on him. He spoke of incidents which have occurred at southern New England area schools.

“Some young people felt it was all their fault and were afraid to attend school, while others felt that there was no way out of the situation and wanted to hurt themselves, even to the point of committing suicide,” Spellman said. “In a couple of instances over the past few years, victims made ‘hit lists’ and planned to hurt those they felt were responsible for their unending pain.”

This lesson struck home as Spellman detailed the need for empathy for the victim and the need to speak up and report problems to school officials immediately.

The final assignment for participants is to write an essay about their experiences in the D.A.R.E. classes and how they will carry forward what they have learned. The essay will be part of their English class grade.

“We have a great program here in Newport and the cooperation between the teachers, school administrations, and police department is excellent,” Spellman reported.

The students will be feted at a D.A.R.E. Day Celebration on Wednesday, June 15, at King Park from 9 a.m.-2 p.m., marking the end of this year’s program. “We’ll have tug of war, potato sack races, basketball, and other games and pursuits,” Spellman said. “The kids will receive T-shirts and lunch, and we’ll announce the winner of the essay contest.” 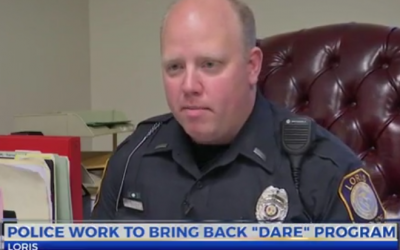 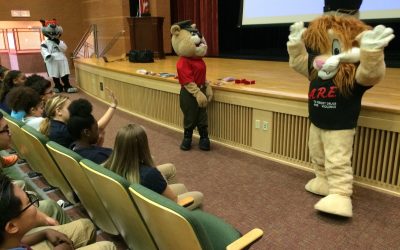 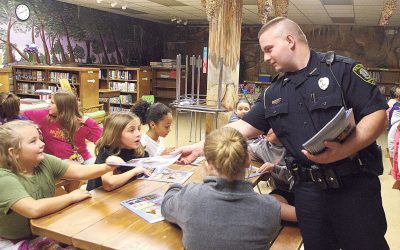 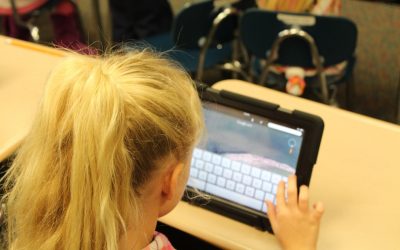 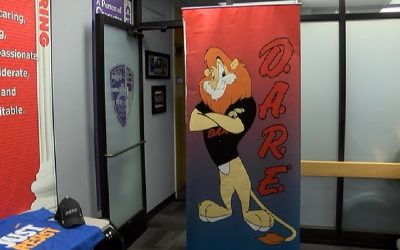 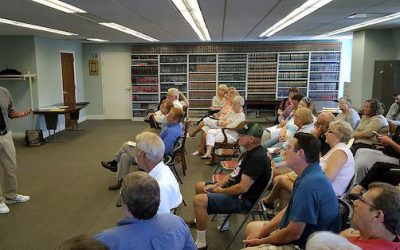 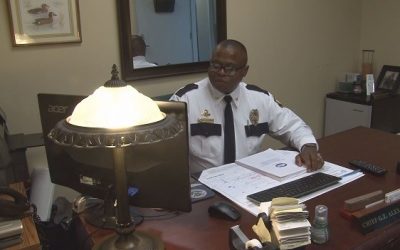 SAVANNAH, GA (WTOC) – We’re learning that Yemassee Police Department Chief Greg Alexander is heading to Washington, D.C. for a very special briefing. Two years ago, President Obama commissioned a study with law enforcement, professors and doctors to figure out how to... 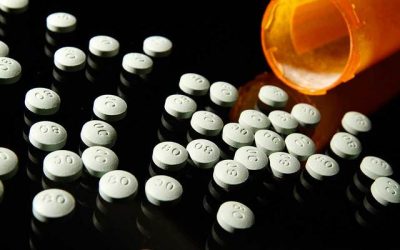 KAILUA-KONA — The school year is already approaching. And to help prepare for the upcoming year, D.A.R.E. officers were informed about new trends in youth drug abuse on Thursday during a training session at the King Kamehameha’s Kona Beach Hotel. “If we’re not going... 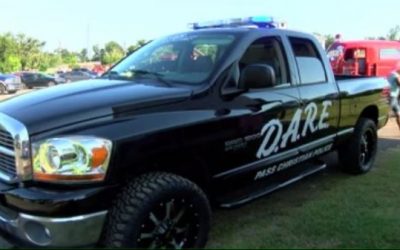 Pass Christian Police Department recently renovated an older model Dodge Ram and made it the city’s new D.A.R.E. truck. PASS CHRISTIAN, MS (WLOX) – Friday night was all about letting the community get a firsthand look at what law enforcement and first responders do on...