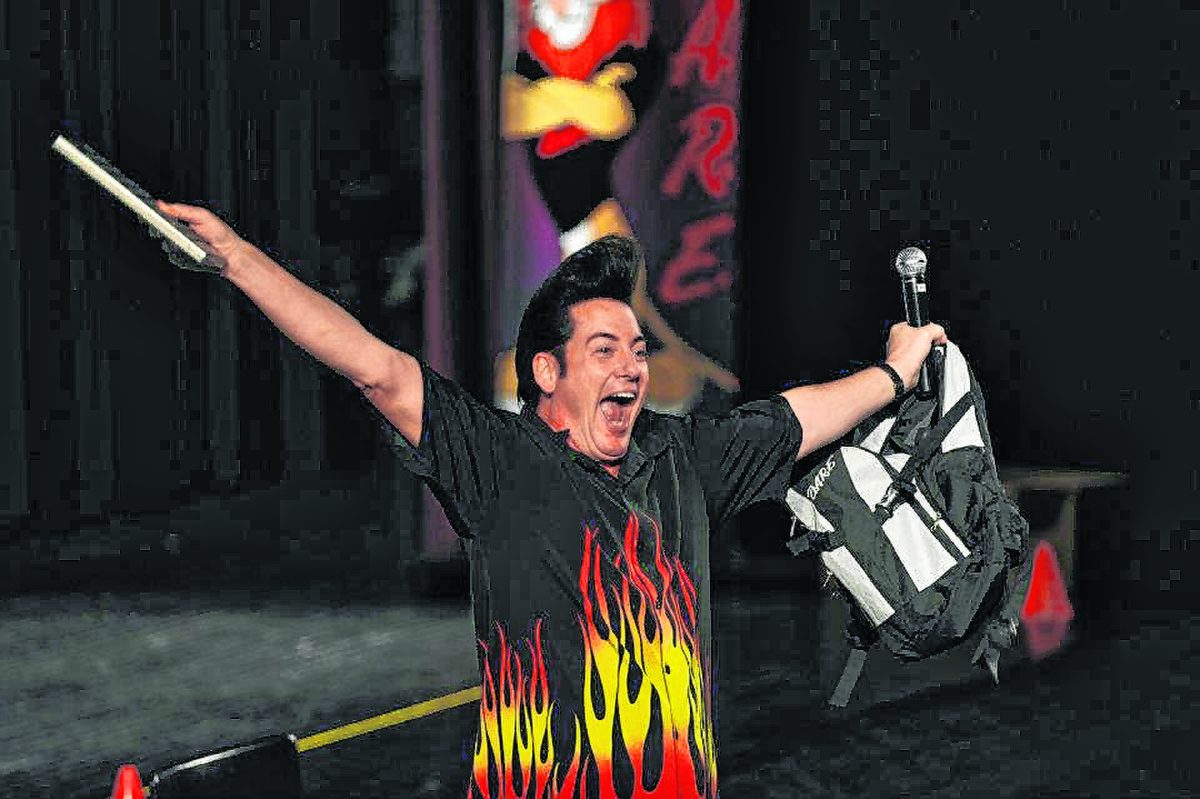 Three police officers who were Bartholomew County’s first D.A.R.E. officers will reunite to be honored at a 25th anniversary celebration of the program.

As many as 2,000 people are expected at Monday night’s D.A.R.E. graduation at Columbus North High School gym, which will celebrate 25 years of teaching young people about making good choices and decisions in their life and the dangers of drugs, alcohol and other addictive substances.

When launched in the 1980s, D.A.R.E. was known as Drug Abuse Resistance Education, later dropping the full name.

For the first time, the program is combining allD.A.R.E. graduates into one celebration as part of the anniversary, said Lt. Matt Harris, Columbus Police Department spokesman, who is a D.A.R.E. officer himself and organizes the effort with local schools.

Doors will open at 6 p.m. with the program from 6:30 to 8 p.m. Special guest will be motivational speaker Retro Bill Russ, who is known for his visits to Columbus D.A.R.E. graduations and is in his 17th year as an official D.A.R.E. Safety Buddy.

The original D.A.R.E. officer team who started with the program in the early 1990s will take a bow during the graduation.

About 1,300 students entering middle school age go through the 10-week D.A.R.E. program each year in area schools, Harris said. Officers are hoping that many local residents who graduated from the D.A.R.E. program over the past 25 years will attend Monday’s ceremony, he said.

Officers who volunteer as D.A.R.E. instructors attend a two-week training course focused on instructor development, public speaking and learning the curriculum, Harris said. They then embark on going out to schools and leading a classroom of youngsters, with some of the responsibilities including evening and weekend events.

Norris, who was the public information officer for Columbus police when he became a D.A.R.E. officer, said he enjoyed working with the students. His assignments included Southside Elementary and Lincoln Elementary and working to get the overall program started.

“The biggest challenge back then was to convince the kids to trust us,” he said. “Just earning their trust.”

Kittle and Norris said Bryant was the D.A.R.E. officer to talk with to learn about what it was like 25 years ago to start the program, as he stayed with it his entire law enforcement career.

Bryant taught sixth graders at Mt. Healthy and moved through other schools during his D.A.R.E. career, but allowed he also liked to go into kindergarten and first and second grade classrooms to give the younger kids a preview of what a D.A.R.E. class was like.

“It was a good way to connect with youth,” he said. “We would educate them about marijuana and opioids and all that stuff, but it was about all kinds of medications — even cough syrup,” he said. “It was to educate about all drugs.”

But in addition to that, D.A.R.E. officers had the chance to help youth understand what law enforcement was all about, Bryant said.

Many times over the years, a D.A.R.E. officer was the first police officer many kids came into contact with through the program, he said.

It wasn’t all serious teaching, Bryant said. There is some role playing as part of the D.A.R.E. programming and Bryant was known for a no-exceptions rule, he said. If the superintendent or even the sheriff showed up for a D.A.R.E. class, they would role-play, too, with the students, he said.

And there was the time that he had just finished up a class, and the cheerleaders were practicing nearby, he said.

They were doing the cheerleading move where they would jump up and touch their toes, he said. “And I said, ‘I can do that,’ and they said, ‘No you can’t,’ “ Bryant said laughing.

“So I jumped up and touched my toes, and it’s a good thing I had a jacket on that day, because I split my pants,” he said, laughing at the memory. “I do tell that story on myself.”

Kittle, who taught at Richards, CSA-Fodrea and Parkside, also filled in at other schools when needed, including at Southside.

He credited the late Phil P. Wasmuth, a track coach and substance abuse counselor at Columbus North, as being instrumental in bringing the area schools and the sheriff’s department and city police department together in a collaborative effort to offer D.A.R.E. programming.

“He deserves the real recognition,” Kittle said of Wasmuth. “The three of us were focusing on teaching, but he was a heck of a guy and he really made it come together.”

Kittle will occasionally have a young adult approach him with the comment, “Hey, you were my D.A.R.E. officer,” he said.

“I’m really looking forward to Monday night,” Kittle said. “We’ve had a lot of people come through the program, and back then we had no way of knowing how far this program would go. A lot of credit goes to the people who came after us.”

Even though he’s not a D.A.R.E. officer now, Bryant says Monday night will be full of memories of his time in the program.

“Yes, I do miss it. At times I drive by a school and I just think about how much I miss my kids,” he said.

How much: Free, the D.A.R.E. program has moved the graduation to North’s gym in anticipation of a large number of local residents who attended a D.A.R.E. class returning to celebrate the anniversary.

Current D.A.R.E. officers and their time teaching the program: