TAVARES — The anti-drug program D.A.R.E. is preparing to make a comeback in Lake County schools after years on the sidelines because of budget cuts.

Deputies from the Lake County Sheriff’s Office started going through an 80-hour training class on Monday for the Drug Abuse Resistance Education program, which will prepare them to teach fifth-grade students during the 2018-2019 school year about the dangers of drugs.

Sheriff Peyton Grinnell said children at the fifth-grade level are at the age where they are extremely impressionable and the influences they are exposed to, both good and bad, can have long-lasting effects.

“It (D.A.R.E.) gives us a great opportunity to reach young people at a crucial point in their development,” Grinnell said.

The Florida Department of Law Enforcement is teaching the two-week D.A.R.E training at the Institute of Public Safety in Tavares. The students hail from law enforcement agencies mostly throughout Florida, but also Georgia. Sgt. Fred Jones, a Lake County sheriff’s spokesman who is also taking the class to become certified as a D.A.R.E. officer, said the training was held in Lake County due to his agency deciding to bring the program back.

“We’re hoping to use the program to teach kids to make good choices,” Jones said.

Grinnell said they will use D.A.R.E. to teach children how to say no to drugs, but it won’t end there. The focus, he said, will be on life skills, decision making, conflict resolution and how to model positive behavior in general.

“We hope to build bridges with the young people going through the program and influence them in positive and encouraging ways,” Grinnell said. “This program emphasizes their self-worth as individuals and at the same time, allows them to see that our deputies truly care about them and their future.”

Lt. John Herrell, another Lake sheriff’s spokesman, said the D.A.R.E. program was removed from the Lake County schools in 2012 due to extreme budget cuts and they are preparing their deputies now for the program in hopes they will be able to secure funding for the program by the 2018-19 school year.

Grinnell, whose platform running for sheriff last fall included implementing D.A.R.E, added he intends to keep the program as long as he is sheriff.

But Delrita Meisner, who just took the position of executive director of Be Free Lake, a substance abuse and violence prevention coalition based in Lake County, said she hopes to get her organization into the school soon.

“We want to promote education and success,” Meisner said. 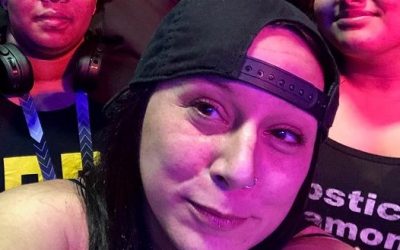 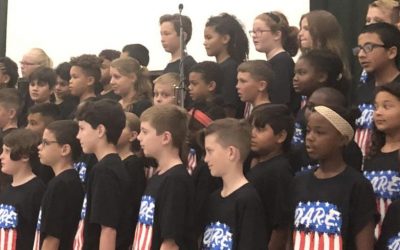