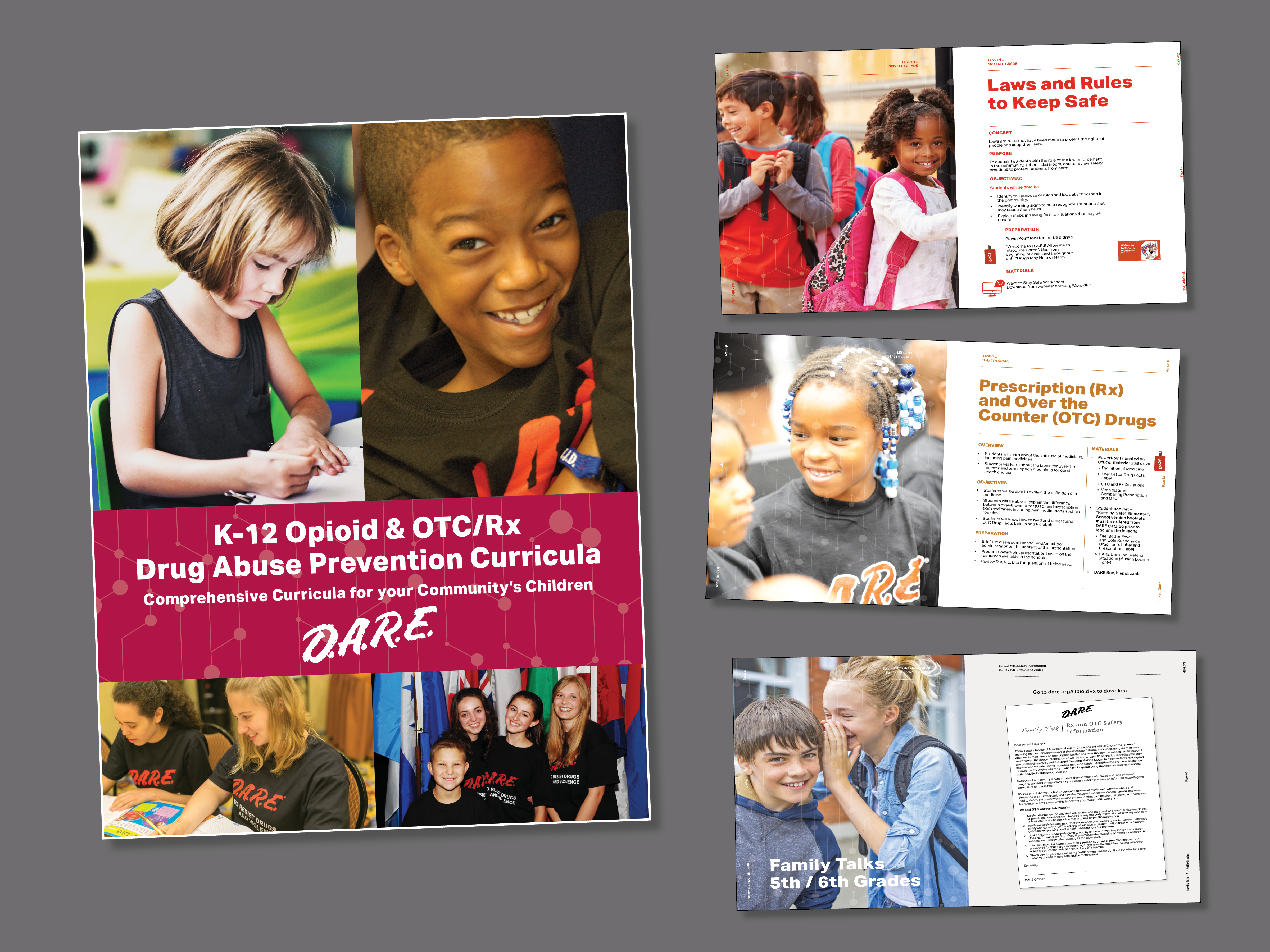 The new curricula were created in response to a crisis that, according to the U.S. Department of Health and Human Services (HHS), results in seven deaths every hour from opioid-related drug overdoses, amounting to 175 people per day and cumulatively more than 64,000 in 2016 alone. According to an HHS study, wider implementation of substance abuse prevention programs, in addition to saving lives, would save state and local governments $1.3 billion over two years and an additional $33.5 billion in substance-abuse-related medical care nationwide.

In response to the current crisis, one that is affecting virtually all cities and towns, D.A.R.E. has launched the new set of curricula to deal specifically with opioid and prescription drug abuse.  The comprehensive lessons meet National Health Education Standards.  Each law enforcement agency, school district, and community now has the opportunity to provide their students with the knowledge and skills to make safe and healthy decisions and avoid the tragedy of opioid, prescription, and over-the-counter drug abuse.

“What’s been missing in the nation’s response to the opioid epidemic is comprehensive prevention education which, to be effective, must begin by reaching children in elementary school and continue into middle and high school, to equip them to avoid drug use in the first place,” explained Frank Pegueros, D.A.R.E. America President & CEO. “D.A.R.E.’s new curricula will give millions of school children across the country both the knowledge and the skills they need to avoid drug use. They will learn what to do at school and at home. What to do when their friends or family are affected. How to spread awareness and keep their communities informed.”

“The research around the importance of prevention in confronting drug abuse is clear and cannot be understated,” said Richard Clayton, PhD., prevention researcher and Chairman of D.A.R.E.’s Scientific Advisory Board. “Comprehensive programs like D.A.R.E.’s Opioid and Prescription Drug Abuse Prevention curricula are critical tools for turning the tide of the drug abuse crisis in America. D.A.R.E.’s new approach to prevention programming targets not only students, but also works to make change at the community level as well. D.A.R.E.’s curricula are an important step to navigating our way out of America’s opioid tailspin.”

Today, D.A.R.E. is the most comprehensive K-12 education program in the world taught in thousands of schools throughout the country and in 50+ other nations. Its curricula are designed and tested to make sure students learn and practice the decision-making skills they need to be safe and healthy despite the significant presence of drugs in communities. The D.A.R.E. curricula are science and evidence-based.  keepin’ it REAL was developed by the Pennsylvania State University and Arizona State University with support provided by the National Institute on Drug Abuse. The D.A.R.E. high school curriculum, myPlaybook, was developed by Prevention Strategies, University of North Carolina, Greensboro. For a complete description of D.A.R.E.’s K-12 Opioid and Prescription Drug Abuse Prevention lessons and all of its curricula, go to www.dare.org.

From the January/February 2019 edition of Sheriff & Deputy, NSA’s bimonthly magazine 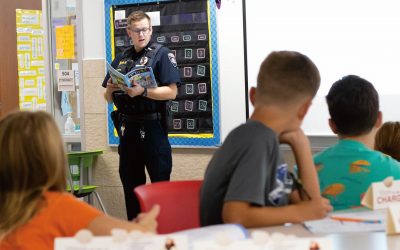