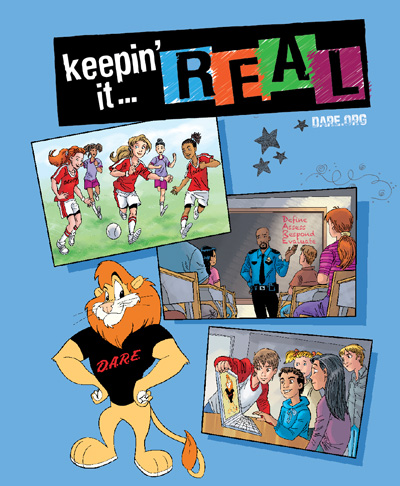 Prevention programs are generally designed for use in a particular setting, such as at home, at school, or within the community, but can be adapted for use in several settings. In addition, programs are also designed with the intended audience in mind: for everyone in the population, for those at greater risk, and for those already involved with drugs or other problem behaviors. Some programs can be geared for more than one audience.

NIDA’s prevention research program focuses on risks for drug abuse and other problem behaviors that occur throughout a child’s development, from pregnancy through young adulthood. Research funded by NIDA and other Federal research organizations—such as the National Institute of Mental Health and the Centers for Disease Control and Prevention—shows that early intervention can prevent many adolescent risk behaviors.

Principle 2 – Prevention programs should address all forms of drug abuse, alone or in combination, including the underage use of legal drugs (e.g., tobacco or alcohol); the use of illegal drugs (e.g., marijuana or heroin); and the inappropriate use of legally obtained substances (e.g., inhalants), prescription medications, or over-the-counter drugs (Johnston et al. 2002).

Family bonding is the bedrock of the relationship between parents and children. Bonding can be strengthened through skills training on parent supportiveness of children, parent-child communication, and parental involvement (Kosterman et al. 1997; Spoth et al. 2004).

Parental monitoring and supervision are critical for drug abuse prevention. These skills can be enhanced with training on rule-setting; techniques for monitoring activities; praise for appropriate behavior; and moderate, consistent discipline that enforces defined family rules (Kosterman et al. 2001).

Drug education and information for parents or caregivers reinforces what children are learning about the harmful effects of drugs and opens opportunities for family discussions about the abuse of legal and illegal substances (Bauman et al. 2001).

Principle 9 – Prevention programs aimed at general populations at key transition points, such as the transition to middle school, can produce beneficial effects even among high-risk families and children. Such interventions do not single out risk populations and, therefore, reduce labeling and promote bonding to school and community (Botvin et al. 1995; Dishion et al. 2002; Institute of Medicine 2009).

Principle 12 – When communities adapt programs to match their needs, community norms, or differing cultural requirements, they should retain core elements of the original research-based intervention (Spoth et al. 2002b; Hawkins et al. 2009), which include:

Principle 15 – Prevention programs are most effective when they employ interactive techniques, such as peer discussion groups and parent role-playing, that allow for active involvement in learning about drug abuse and reinforcing skills (Botvin et al. 1995).