D.A.R.E. Targets Age-Specific Messages On Drugs to Make a Difference 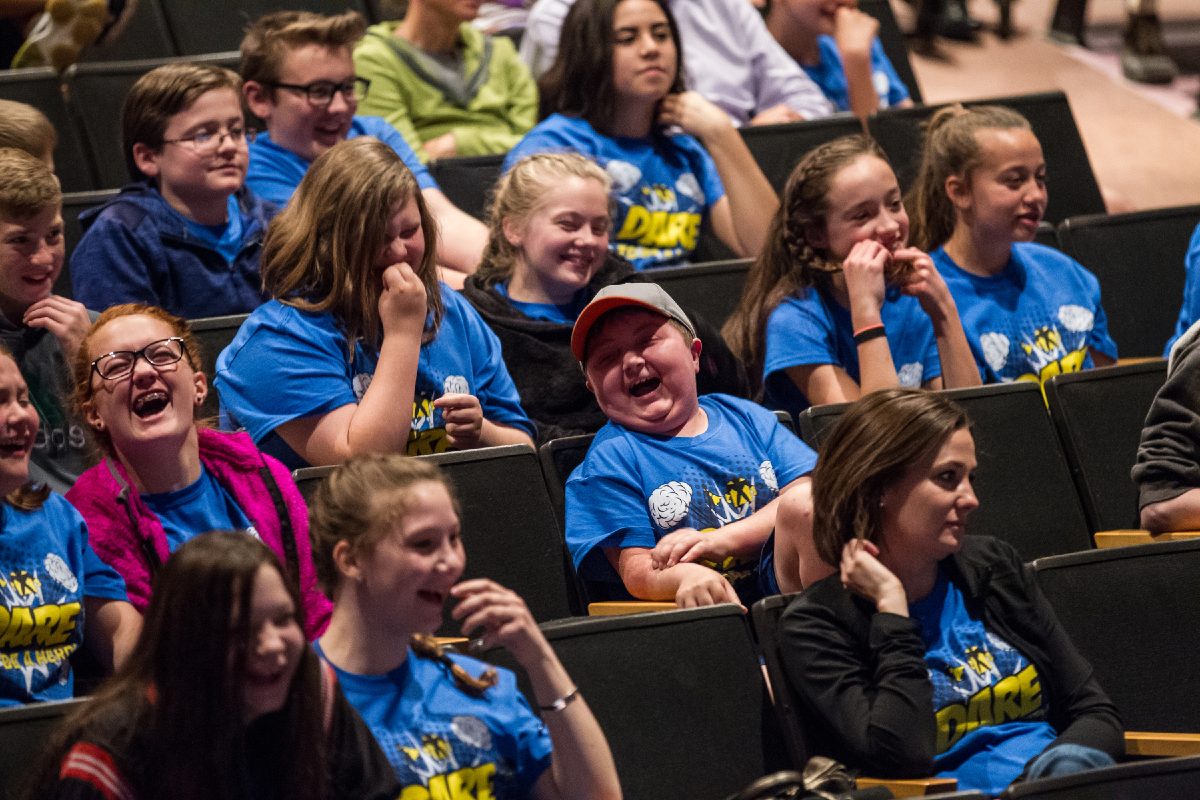 But sixth grade is too early to spend a lot of time talking about heroin, local D.A.R.E. educators said.

The weekly messages provided during 45-minute sessions with Columbus sixth-graders — half of them reached during the first semester and the others during the second semester — focus more generally on making healthy choices and being a good citizen, said Jessica Pendleton, a Bartholomew County Sheriff’s Department deputy and local D.A.R.E. instructor.

Pendleton said she feels that’s best for students at this age level, and other local D.A.R.E. instructors said they agree.

“Our primary goal is to let them know the effects of any substance abuse on their health and livelihood,” D.A.R.E. instructor and Columbus Police Department patrolman Eric Kapczynski said.

“People don’t start using heroin in sixth grade,” said Steve Long, another Columbus patrolman and D.A.R.E. instructor. “For these kids, we need to start off with the gateway drugs like marijuana and alcohol.”

Some parents, however, have asked whether D.A.R.E. should modify its program to emphasize how heroin dismantles lives, destroys families and too often kills.

But all three local D.A.R.E. instructors agreed with research that states teaching children about specific drugs with which they have no orientation or real-life awareness may negatively stimulate their interest or curiosity about the substance.

“Most heroin users are adults who became addicted after going off prescribed pain pills,” Long said. “Nobody starts off by saying ‘I’m going to try heroin.’”

While the mother of a D.A.R.E. graduate said she’s not against a stronger emphasis on heroin, Judy Clouse said both she and her daughter, Julie, trust the judgment of the instructors.

“Any education on substance abuse they get at a young age, our children will hopefully be better for it later,” Clouse said.

Instructors can issue warnings not to touch discarded hypodermic needles or answer a child’s specific question about any drug, including heroin, Kapczynski said.

But when addressing a group of 11- and 12-year-olds, the message needs to be focused on all destructive behaviors — especially the ones they relate to, both Pendleton and Kapczynski said.

That includes topics such as bullying, negative peer pressure and dealing with differing views from family members, said Russ, who has been described by talk show host Larry King as the “Mr. Rogers of the 21st Century.”

For example, while Parkside sixth-grader Abigail Gomez said she intends to lead a drug-free life, she knows that a rebellious attitude is often expressed by some students when they enter secondary schools.

When Russ was introduced, the achievement that got the loudest cheer was that he voiced Zeus, the Guitar Lord on the youth-oriented “SpongeBob SquarePants” television cartoon show.

Although Perkinson said Russ comes off like a cross between singer Elvis Presley and comedian Jim Carrey, the professional entertainer understands how sixth-graders think and what grown-ups may have forgotten.

“There is the period of life between kindergarten and fifth grade that adults remember as sweeter and innocent,” Russ said backstage after his performance. “But they have issues, such as bullying and feeling discouraged, that they take seriously. Then, as you get into sixth grade and hormonal changes begin, peer pressure becomes that much more accelerated.”

That makes the pre-teen years the ideal time to boost self esteem, make a child feel loved and secure, and provide information to make the children safe through the D.A.R.E. program, Russ said.

For parents or grandparents who still feel heroin needs special emphasis at that age, Russ recommends clipping out newspaper articles regarding local incidents involving the narcotic.

“Show them tangible printed newspapers they can pick up and hold, instead of the internet,” Russ said. “That seems to have the best impact.”

After collecting a number of stories, sit down with the child, have them read the articles aloud, explain why they concern you, and ask them for their response, Russ said.

Whenever a parent learns their child has been around someone using dangerous substances, it’s also helpful to discuss specific details of the encounter with the child and analyze together what might have gone better or worse, Russ said.