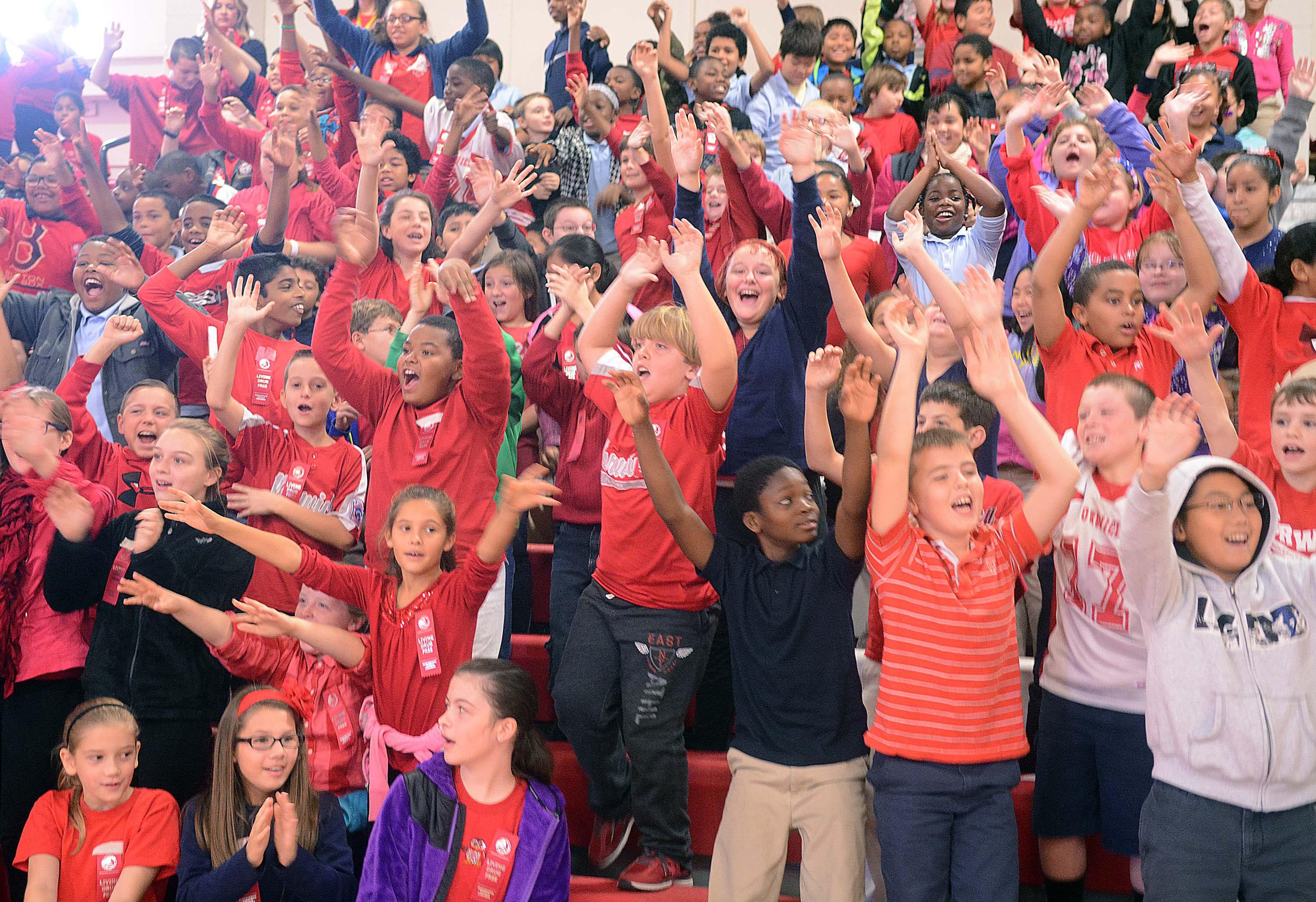 A Norwich police officer wounded in the line of duty urged students not to give up and make the right choices when life gets difficult.

“You have an opportunity to do the right thing or do the wrong thing, and it starts now,” Sgt. Jonathan Ley told Norwich students at the 15th annual D.A.R.E. Red Ribbon Rally Thursday.

Ley was wounded in January 2013 when responding with other officers to a report of a suicidal man with a weapon, he said.

“I went to try to help somebody,” Ley said. “He decided that he didn’t want help, and he wanted to hurt others to take away his pain. … So this confused man, he decided to do these things to me, and I was shot four times.”

Ley said he never gave up during his recovery. Since his return to the department about nine months after the shooting, Ley has been promoted twice: to detective and earlier this year to sergeant.

About 480 students from seven public and two parochial schools in Norwich attended the rally, which was held in Norwich Free Academy’s Alumni Gymnasium.

“This is our kickoff to the D.A.R.E. year,” said Norwich Police Officer Keven McNeill, who leads the department’s D.A.R.E. program and, along with Officer Stephanie Reichart, teaches weekly classes to fifth-graders.

In the classes, students are urged to make good decisions, and they learn ways to avoid drugs and resist bullying.

“So far, it’s going great this year,” McNeill said. “We have a really good group of kids. They make the job easy.”

The students cheered and shouted “good boy” to Luther, a drug-sniffing police dog, when he discovered drugs hidden in the bleachers, among a series of packages put on the gym floor and in Reichart’s pocket when she was standing in a group of other people.

The students began getting ready for the rally about two weeks earlier, with each school creating pledges that they will stay away from drugs and violence. Students from each school recited the pledges at the rally.

They also stood and clapped along with NFA cheerleaders, who yelled the cheer: “Don’t do drugs.”

“To be drug and violence free,” she said.