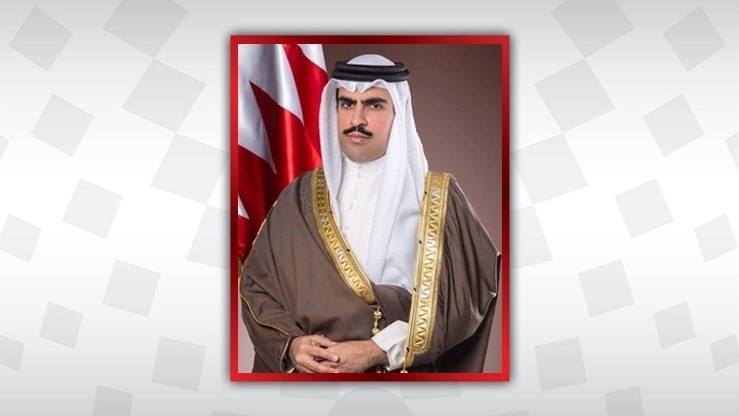 The ambassador recalled how HH Shaikh Nasser while attending the launch of the Kingdom of Bahrain Declaration in September 2017 emphasized HM the King’s initiative to promote peace between nations and coexistence among peoples of diverse backgrounds and beliefs and Bahrain’s focus on promoting this vision by creating an environment conducive to peace.

Shaikh Abdullah was speaking following the signing of an agreement between Bahrain and Drug Abuse Resistance Education (D.A.R.E.) to develop the “Ma’an” (Together) program to combat violence and addiction and to update the curricula.

Shaikh Abdullah, upon assignment from Interior Minister Shaikh Rashid bin Abdullah Al Khalifa, and D.A.R.E. America President and Chief Executive Officer Frank Pegueros signed the agreement related to the new curriculum that includes information and skills on peaceful coexistence and combating extremism and currently carried out through the “Ma’an” program in schools across the Kingdom.

The direct confrontation with extremism and intolerance and the commitment to eliminating them are the main goal of the national program “Ma’an” launched by Shaikh Rashid in 2011, based on the awareness and education approach to combat violence and addiction and as an indication of the role of the police in strengthening community partnership and service, Shaikh Abdullah added.

The ambassador hailed the numerous successes achieved by the program as it marks its tenth year.

The program contributes to strengthening the relationship between the police and the community and reflects the Interior Minister’s keenness that the police be an integral component of society, and not isolated from it, he said.

Shaikh Abdullah said he was particularly proud that over the ten years since its inception, the “Ma’an” program, the relationship between youth and law enforcement agencies has strengthened and instilled the values of national identity that focus on resorting to tolerance in resolving issues instead of violence.

Successes should not lead to complacency and the program should be regularly reviewed, assessed and improved through analyzing and evaluating its significance and effects in order to fine-tune the curricula and carry out best practices, he said.

Shaikh Abdullah pointed out that Bahrain has a solid relationship with D.A.R.E. based on mutual respect and that the Kingdom assumes its international role regarding the program with diligence and seriousness, which consolidates its leadership in combating extremism.

The signing of the agreement is not a mere formal or ceremonial action, but rather a milestone on the way forward to strengthening minds and promoting peace and another confirmation of the strong relations between Bahrain and the US, he added.

The “Ma’an” experts have prepared new lessons aimed at promoting the concepts of social peace, coexistence and mutual acceptance and at strengthening ways to prevent extremism of all kinds and empowering young people with the skills and aptitudes that protect people from extremism and its negative consequences in the social, security and economic areas.

Specialists at the University of North Carolina at Greensboro (UNCG) have been contacted regarding developing the curriculum and ways to measure the impact of new lessons on students as well as their effectiveness on adolescents.

The page you requested could not be found. Try refining your search, or use the navigation above to locate the post.