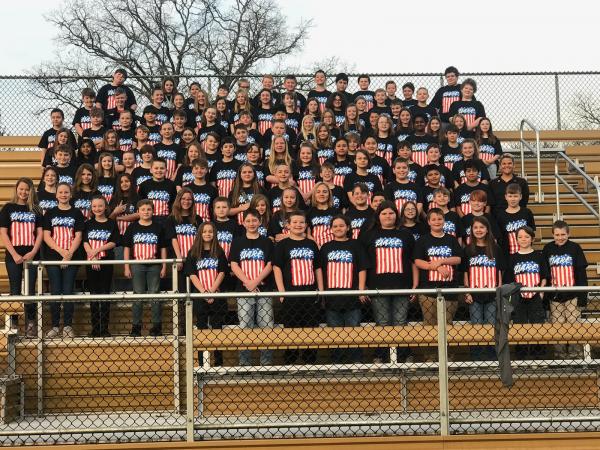 D.A.R.E. is a program that seeks to prevent drug, alcohol and cigarette abuse by educating 5th graders about the dangers of abuse. The D.A.R.E. officer is Melissa Mariano.

The following are essays from a few of the students:

I shall not do drugs

I shall not smoke

I shall not bully

I shall live with this happily

They have learned to resist drugs

For they have destructive powers

As if they were a dark mage

Searching for an innocent victim

They hurt you in pain you don’t know about

I have also learned to resist smoking

Its venom is a slow killer

For as it kills you, you suffer deadly pain

As it burns you from the inside

It has curable venom

Medicine which then can be life saving

Bullying is not describable as deadly

If it goes too long it can be deadly

These are the beasts

That harm the world D.A.R.E are the night

Whom fight against these beast?

So join them and fight the beasts.

D.A.R.E. has been a very amazing experience for me and I’m sure many others feel this way as well. I have learned many great and useful things I know I will use later on in life and I know will help you too. One of the useful things is how to deal with difficult or uncomfortable situations and how to avoid them. I have also learned the effects of smoking and drinking, along with different types of drugs and how they can affect your health.

One of the ways to deal with the difficult situations I know me and you will both be in is to walk away. You may not always be able to walk away, if you are at school or any other place you must attend, but walking away and taking a breath is a great way to calm yourself.

\nother way to deal with a difficult situation, such as saying no to something bad or being embarrassed, is to change the subject. For example, if someone asked you if you wanted a cigarette, you could say something along the lines of, “Scorpio’s Malloy was a Slytherin, along with Albus Severus Potter,” This will confuse them and may even lead to a good conversation. A great way to avoid these situations is to choose your friends wisely.

Mrs. Melissa also talked about the effects of smoking and drinking. Cigarettes contain more than 200 harmful chemicals, and kills more than 450,000 American citizens per year, 50,000 of them dying from just breathing in the smoke or being around someone who smokes. Children and babies die every day from secondhand smoke. Smoking can cause lung cancer, heart disease, and can even cause brain cancer. Alcohol can damage every organ in your body and it claims the lives of 75,000 American citizens per year. Alcohol weakens your heart muscles and reduces the amount of blood flow to the heart. Too much alcohol can lead to coma and even death. Never take alcohol and drugs together. Usually, drugs make your body high and alcohol makes it low. What would your body feel like? Some drugs make your body low along with alcohol and taken together would make you stop breathing entirely.

Always remember, you have a choice in what you do, and you can avoid difficult situations most of the time. Even though life is hard sometimes, you must focus on what is right. Stay safe and always be responsible.

The first thing I said I learned was peer pressure. Peer pressure is when someone your age is trying to tell you to do something you do not want to do. A good example is when you’re getting ready to go to a birthday party and someone is bringing a cooler of beer, just walk away. If that ever happens go to an adult and tell them.

Health effect is when you affect your body in any way possible. Doing drugs and smoking can affect your body. If you take drugs stop, you could possibly die and crash your car. They could also kill you or a bad injury. If you smoke your lungs will weaken and you can die of lung cancer.

The last thing I learned was bullying. Bullying is way worse than it seems. If you bully you can hurt the people’s heart and since you have done that to them they might hurt themselves. If you are hearing this do not bully.

I love D.A.R.E. because you’re taught not to do drugs or smoke and to get used to being a good person.

There are a lot of dangerous chemicals in alcohol. All the chemicals work together to slow the body down, making it what’s known as a depressant. Many times people mix alcohol with prescription drugs that are stimulants. Mixing these substances can throw the brain and body out of sync and cause really bad problems. This happens sometimes if we don’t know how to handle stressful situations, something else we learned about.

Drugs can really affect your life because they contain a lot of dangerous chemicals. Not all drugs are bad. Some are made to help your health but when people abuse them they can be really dangerous. People sometimes take too much and overdose on them. Drug use often affects people’s decisions. For example someone addicted to drugs may break into a house to steal something in order to buy drugs.

Thank you for teaching us signs of stress,

And teaching us to do our best

To not give into peer pressure

The way to learn it is not a mess.

You get sweaty, hot and cold

And now peer pressure, it kind of stink

Your friends change the way you think.

I won’t give in without a fight

So I’ll do what I know is right.

Decision making can be hard

But if you do right you’ll reach the stars.

Good decisions will help you grow

There’s some more knowledge you should know,

And that’s some knowledge I have shared.

So to all schools and everyone

Three things I learned from D.A.R.E. are what drugs are, why they are bad and what drugs do to people. Drugs are basically something people use, there are bad drugs and good drugs, like prescription drugs for if you break a bone. Bad drugs are what people use to make them feel good or they can make people do bad things.

The first thing I learned in D.A.R.E. was what D.A.R.E. was. D.A.R.E. is a program that tells facts about drugs and why drugs can be really bad. D.A.R.E. teaches about drugs, why not to do them and more. D.A.R.E. helped me learn what drugs are and why people use them.

The second thing I learned in D.A.R.E. was what certain drugs look like, the ingredients that are in some of the drugs and how people use them. We learned what the ingredients were in cigarettes and tobacco and other drugs. We also learned about alcohol and what happens when you mix alcohol with prescription drugs.

The reason I’m writing this to you, is because you are the person I wanted to share this with. I have been taking a class about how to stay away from drugs and alcohol. It is called D.A.R.E. and it stands for drugs, alcohol, resistance and education. I am going to be telling you the things I have learned I hope you like it.

I learned how to stay away from drugs. I have learned how the nicotine gets you addicted to it. For example, tobacco has small pieces of glass in it that cuts your jaws and nicotine will go in the cuts and will make you get addicted. That is how you can get addicted.

This will be the second thing I’ve learned. I learned how vapes can hurt the person’s chest and make them feel bad. Then people can’t tell that person has vape and how people can just walk into store without anybody knowing. Vapes also have and lot of nicotine. They even have CBD oil which is very bad too. It is just like pot and marijuana except it is in an oil for vape.

I’ve had so much fun writing this letter to you. I hope you really like it. This has been a really fun experience. I hope you like it.

— From your pal, Caden Dalrymple

I love D.A.R.E., I think it is fun. In my essay I will be talking about ways to solve your stress, and not to do drugs. I will also be talking about what drugs can do to your health and body. I think we learned a lot of good stuff in D.A.R.E..

The first thing I’m picking that we learned about was decision making. The first thing we talk about is describing the problem, challenge, or opportunity. When you look at the passage you can understand the question it’s asking you better, it’s mainly on choice.

It’s bad to do drugs. Some people do them anyway. Most drugs will affect your body or lungs and when you smoke it will make your lungs black. I also have some stress relief ideas. One is to count to five slow. Two is to name all fifty states. And three is to breathe.

In D.A.R.E. we also learned what horrible stuff in drugs can do to your body. Tobacco has nicotine in it. Nicotine will make you addicted to tobacco. There’s also nicotine in other things too. It’s important to stay healthy when you’re an adult.

In D.A.R.E. you learn so much. I learned a lot of awesome stuff. D.A.R.E. helps people do the right things. So when you’re an adult and can make your own decision, stay healthy, be well and stay safe. 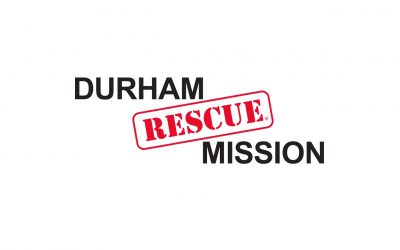