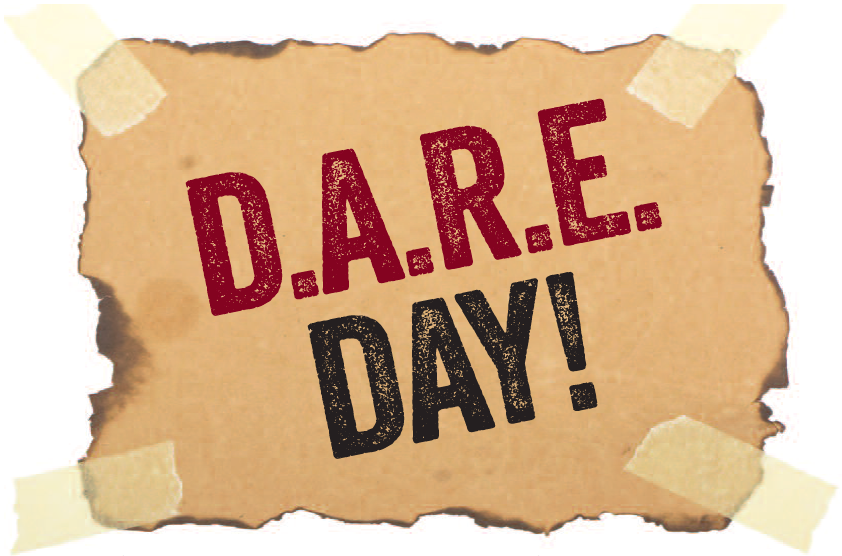 The students in Mr. Brown’s 5th-grade classroom wait in excited anticipation for the arrival of a special guest who has been visiting each week since the beginning of the semester. Rebekah, the class helper for the day, passes out glossy workbooks to each student. On the cover of each is the warm, smiling face of a cartoon lion named Daren.

A few minutes before one o’clock, a uniformed police officer walks into the classroom with a big smile, carrying an 18-inch plush stuffed Daren the Lion, stickers, pencils, and a workbook.

The students sit quietly at their desks as Mr. Brown welcomes Officer Burnett and assures him that all of the students have completed their homework from last week. Sergeant Burnett replies, “Fantastic! Students, I need your help today. Can you tell me what day today is?” The students eagerly respond, “D.A.R.E. Day!”

Since 1983, the Drug Abuse Resistance Education (D.A.R.E.) program has become one of the most popular and widely used school-based prevention programs to help empower youth to make responsible choices about drug use as well as to deal with violent behaviors such as bullying. Because young people in both Adventist and non-Adventist circles are often exposed to drugs through their peers, the media, or family members, incorporating programs like

D.A.R.E. within the Seventh-day Adventist educational environment can provide a vital tool in equipping our young people to make responsible and safe choices about drugs.

Overview of the Problem

According to the United Nations Office on Drugs and Crime (UNODC), globally from 2006-2010, illicit drug use remained stable with between 3.4 percent to 6.6 percent of 15- to 24- year-olds using. UNODC also estimates that cannabis and amphetamine-type stimulant use are the most widely used illicit drugs by 15- to 24-year-olds, ranging from 2.6-5.0 percent and 0.3-1.2 percent, respectively. Furthermore, national studies indicate that some young people are already using and/or abusing alcohol, tobacco, marijuana, inhalants, and psychotherapeutic drugs by the age of 12 or 13.

In America, alcohol remains the most widely used drug among adolescents, with three out of 10 reporting that they

have consumed alcohol by the end of 8th grade—a figure that rises to seven out of 10 by the time they leave high school. Johnston and colleagues also found that marijuana use among 10thand 12th-grade students has been rising for the past four years, with roughly one in 15 high school seniors reporting daily or near-daily use. On a more positive note, these researchers noted a continued decline in tobacco use in all grades studied since the mid-1990s, although there was a slight increase in 2010.

Another concern is the growing use of electronic cigarettes or e-cigarettes (Electronic Nicotine Delivery Systems) amongst teenage youth. E-cigarettes are battery-powered devices that provide a dose of nicotine in aerosol form as well as flavoring (i.e., fruit or mint), depending on the brand. They have no therapeutic value. Legislation and public health investigations are currently pending in many countries. Between 2011 and 2012, e-cigarette experimentation and recent use doubled among U.S. middle school and high school students, with an estimated 1.78 million students having ever used e-cigarettes as of 2012. Furthermore, this national study estimated that 160,000 students who reported ever using e-cigarettes have never used conventional cigarettes or tobacco products. Goniewicz and Zielinska- Danch found that 23 percent of Polish high school students, aged 15 to 19 years, have tried e-cigarettes.

Drug use among teens is commonly explained using the “gateway” hypothesis. This theory assumes that young people who use alcohol and cigarettes are more likely to experiment with marijuana, and those who use marijuana are more likely to progress to the use of other dependency-producing drugs, such as pills (e.g., barbiturates, stimulants), cocaine, and heroin. 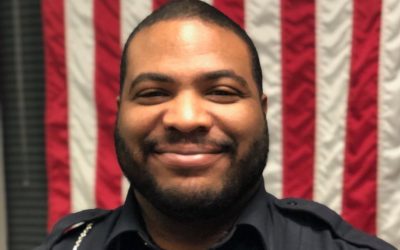 SHPD Detective Christopher Moreau, who is black and grew up in Sterling Heights, remembers his first conversation with a police officer. It was during a Drug Abuse Resistance Education (D.A.R.E.) program event and it inspired him. “I remember being in awe of…