SUPERIOR – Students from grades seven to twelve in the Superior School District have the opportunity to utilize a program unique in Mineral County but that privilege comes with some strict and necessary guidelines to protect their safety and keep them on task in the classroom.

As part of the district’s one-to-one computer program, every student in those grades has access to an Apple laptop computer. It’s the only program of its kind in the county. Students who meet certain guidelines are even allowed to take the computers home to use for study, homework and research.

District Superintendent Scott Kinney said the program carries with it certain responsibilities for students. He said one part of last week’s open house event, called “I Wonder Night,” was to let students know what they could and could not do with the computer privilege. The lesson was in what’s known as “netiquette.”

“Netiquette is about the appropriate use of technology,” Kinney said. “We have made a vast commitment to technology in this school. We don’t just teach kids to read and write. We teach them to read, write and utilize current technology to see where it takes them. It’s really important in this day and age.”

The 30 minute long “netiquette” lesson was taught by business teacher Jaime Toivonen. She said the message she was trying to deliver to students was as much for their protection as it was to keep them focused and off of distractions like social media sites such as Facebook.

“We wanted to talk to them about proper practices on the internet,” Toivonen said. “We wanted to inform them on what they should and should not be doing. They have so much access to technology now that we want to make sure they think before they do things online that could get them in trouble.”

Toivonen said, while there were sophisticated protective measures in place within the school’s internet network, there are still ways students could be exposed to people who misuse the resource for nefarious purposes. She said the exercise also involves parents so they know about the technology their children have access to.

“There are internet predators out there,” Toivonen said. “We want to get the parents involved so they understand what their child is doing with this technology.”

The rules regarding the computers range from prohibiting students from using the computers to use chat platforms to making sure they are not talking to someone who may be hiding their true identity to avoid detection.

Toivonen said the rules are in place to protect students from the unknown but also to ensure students are using the tools for educational purposes.

“The rules are set up for their safety,” Toivonen said. “We want to keep them on task and learning. There is so much information out there they have access to but they can’t tap into that if they are messing around online.” 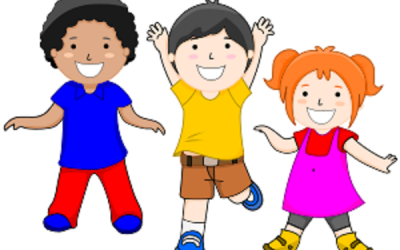 In recognition of a nationwide anti-crime event called “National Night Out,” the Hawaiʻi Police Department is offering National Night Out activity sheets for keiki designed to educate them about internet safety by way of fun, interactive games and puzzles. The... 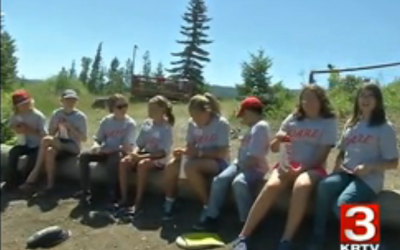 ELLISTON – More than 30 incoming middle-school students are having fun and learning at Drug Abuse Resistance Education (D.A.R.E.) Camp. Helena police officers and deputies with the Lewis & Clark County Sheriff’s Office, along with a team of high schoolers,...