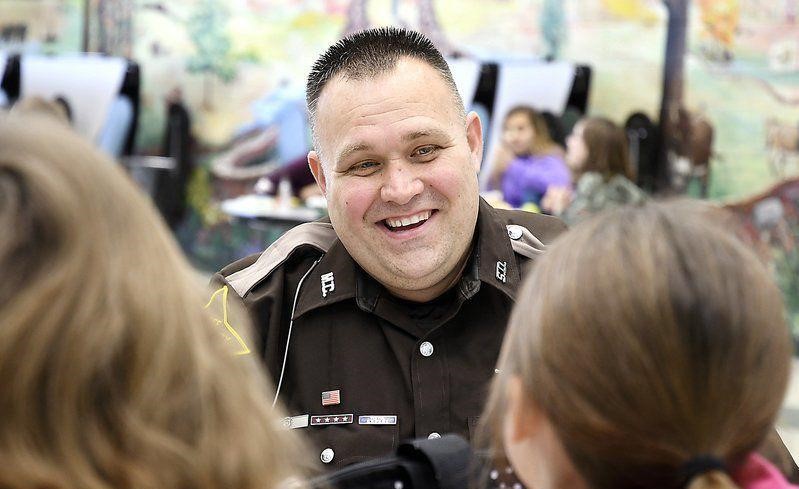 PENDLETON — Darren Dyer has no problem hunkering down at a fifth-grade table to play a game of Jenga or eat his lunch with four or five students at a time.

But trying to squeezing into the elementary school seats in his police uniform isn’t easy, he said with a laugh.

“I love everything about it,” Dyer said of his work as a Drug Abuse Resistance Education, or D.A.R.E., deputy. “I hope I reach lots of kids, but if one kid — throughout all my teaching — makes a better decision in life, then I’ve done my job. Just one kid makes a difference.”

Dyer is a certified D.A.R.E. deputy from the Madison County Sheriff’s Department and currently teaches the program to nine schools within the county.

This is Dyer’s first year to teach the program to fifth-graders.

“Eighty-five percent of my time, I’m in the schools,” he said. “Pretty much 40 hours a week when school is in. The only time I work patrols is when we have two-hour delays, if for some reason the school has to close, and the three months in the summer.”

Dyer said D.A.R.E. has changed its curriculum from when it was first launched by the Los Angeles Police Department in 1983. The program was created to teach schoolchildren about specific drugs and their negative effects, according to the organization. Police officers taught the class to put a “human face” on drug prevention.

The original D.A.R.E. curriculum was not as interactive as what is taught today and, while classroom discussion was encouraged, “the prevailing approach in the original curriculum involved the D.A.R.E. officer teaching each lesson.” The program was heavily criticized for studies that showed it was not effective in deterring students from using drugs.

Today, students are taught using a “keepin’ it … REAL”[SIC] curriculum that encourages them to use a decision-making model to define a problem, challenge or opportunity, assess choices, respond using facts and information, then evaluate that decision to see if they made a good choice.

New studies show the science-based changes to the curriculum made in 2013 are working. The changes also include more than tobacco and alcohol, they address positive opportunities and gathering information about a situation before making a decision.

“It’s a four-step process of making good decisions,” Dyer said. “We work together on all these lesson plans all the way through. We brainstorm together.”

Students also explore consequences for actions taken and how to work through problems on their own.

“If the kids would literally follow that decision-making model, they are going to make better decisions,” Dyer said. “Overall, it’s a good curriculum. It fits me well, it fits my personality. It’s certainly exciting to go into a classroom and talk to kids, see the kids and interact with the kids.”

Dyer said not only do students learn how to make better decisions, they experience positive interaction with law enforcement.

“We are not showing up to the house because there is a problem,” he said. “We are actually coming in, we are being positive role models for them.”

“I did it for years and years,” he said. “They’ve changed some of the lesson plans a little bit. It puts kids in the story of themselves. That’s one of the big things.”

“He’s got the personality for it,” he said with a laugh.

John Lord, principal of Maple Ridge Elementary School in Pendleton, said the D.A.R.E. program has been in his school for at least 15 years.

“We are thrilled with the program,” he said. “We love it. It’s good because sometimes the children respond to a person in uniform better than a teacher and they need to hear things from a different perspective.”

Lord said having an officer who has dealt with drug and abuse crimes helps students see the issue from a different perspective.

“Darren has real-life experience with these things where we as teachers don’t,” Lord said. “He has probably seen more of the unfortunate and negative results of alcohol and drug abuse than we have as teachers. That lends a lot of credibility.”

He said his students react positively to the program and it helps them see police officers as caring people they can trust.

“I would say the need for this type of program is greater now than ever,” he said. “Unfortunately, we have so many challenges in our society with drug and alcohol abuse.”

Lord said unlike the first curriculum, where students were just told to say no to drugs, students are now learning to gather facts and weigh all different options before making good decisions.

“They talk about consequences and my kids need to hear that,” he said. “I’m sure they hear it at home, but it’s good to have it reinforced here at school and through D.A.R.E. If they hear it on multiple levels we believe it can be real effective.”

From The Herald Bulletin 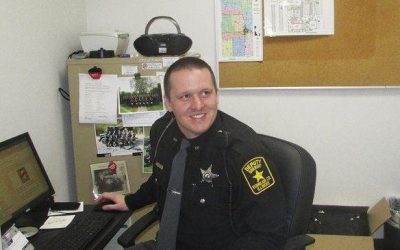 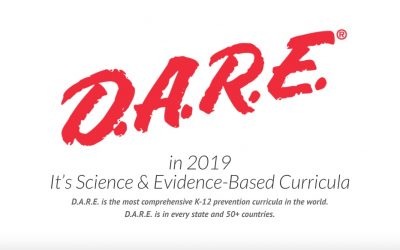 Read an article about D.A.R.E. by Richard Clayton, Ph.D., former Chair of Health Education and Health Promotion in the College of Public Health at the University of Kentucky. For more than 20 years, he was the director of the federally funded Center for Prevention Research 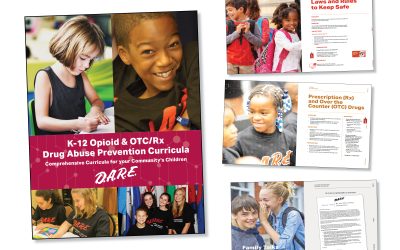 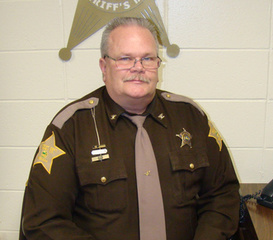 Jay Davis remembers when he decided to become a police officer. He was in Kindergarten. A police chief came to talk to his class about safety and afterward, the students got a chance to go outside and look at the police vehicle… 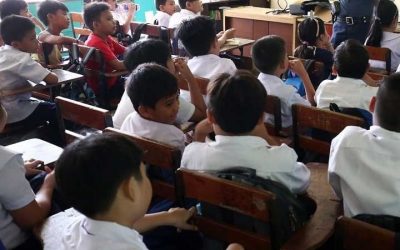 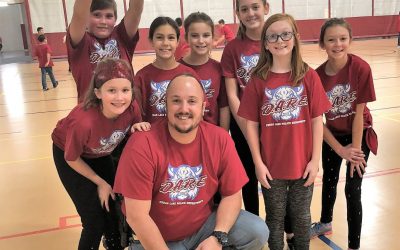 Spending the last day of school in 2018 graduating from the D.A.R.E. program and having fun with their D.A.R.E. officer was a good way to end the first half of the year for fifth-graders from Hanover Central Middle School. Shown, from left, Dorothy Leep, Alarik... 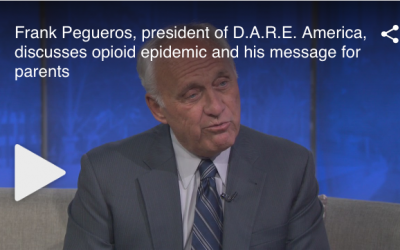 The opioid crisis continues to dominate headlines in the U.S. Frank Pegueros, president of D.A.R.E. America, joined us to discuss what the program is doing to help and his message for parents… 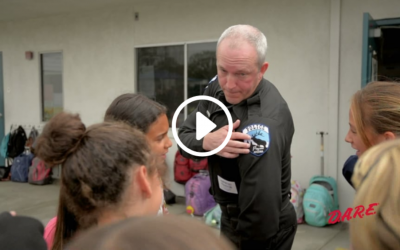 English and Spanish video and audio PSA’s have been distributed to more than 900 media outlets. 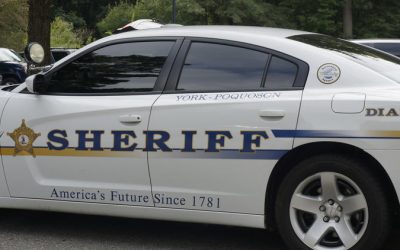