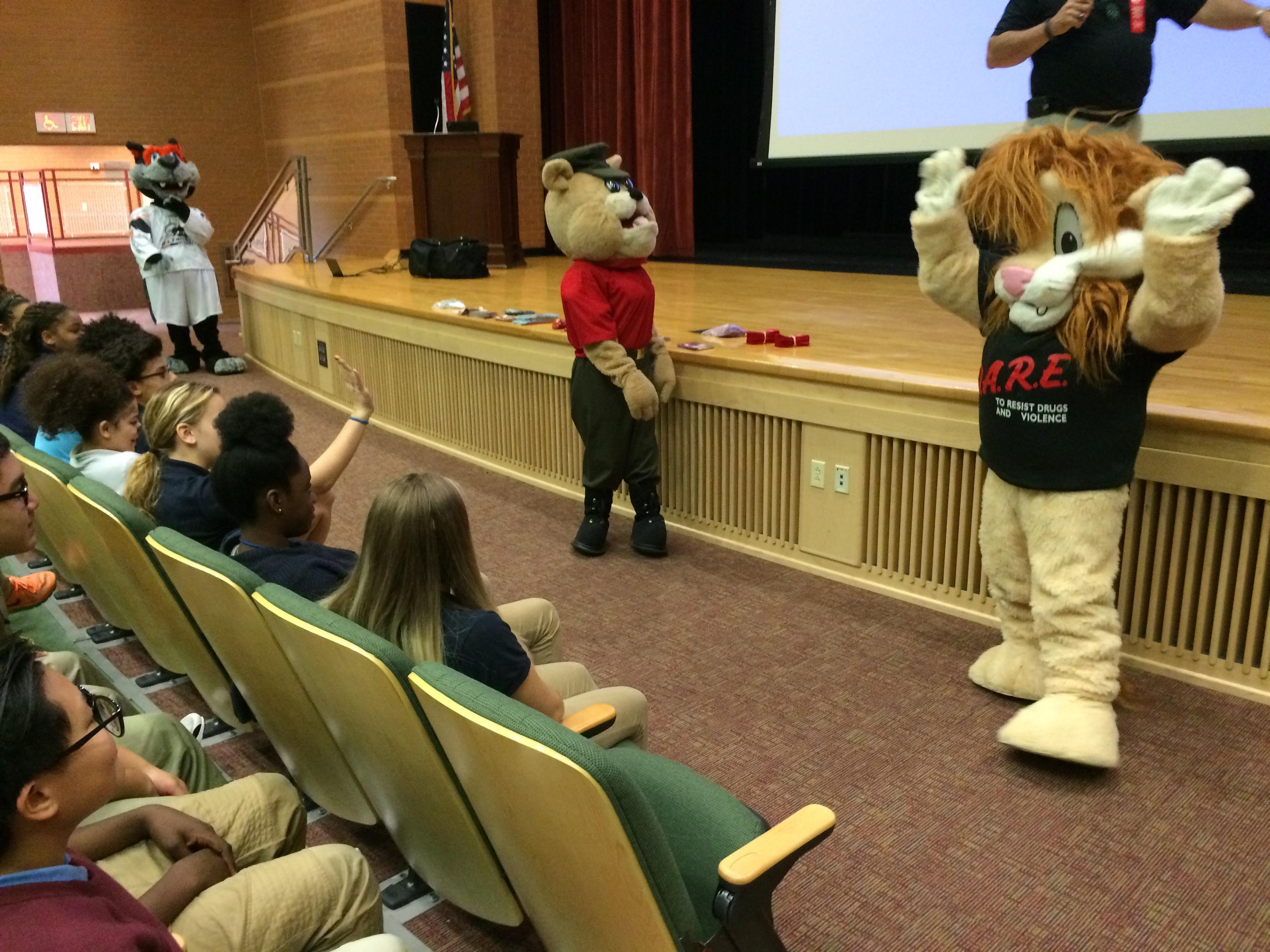 NORWICH — Eighth-graders at Kelly Middle School got a kick-start to their Monday morning by joining three large, furry friends at a loud anti-drug rally in the school’s auditorium.

The drug prevention rally was organized by the Three Rivers unit of the Young Marines, a youth service group for boys and girls age 8 and older.

The students made sure to make lots of noise when Three Rivers unit commander Patrick McMahon introduced the mascots, who hung out in the auditorium seats with the students and ran up and down the aisles, high-fiving them.

McMahon showed the students a short video about how five so-called “gateway drugs,” like marijuana, can lead to abuse of stronger narcotics.

National Red Ribbon Week, Oct. 23-31, was established in memory of DEA Special Agent Enrique “Kiki” Camarena, who had come close to exposing the top leaders of a multi-billion dollar drug pipeline. He was abducted and brutally murdered in 1985 at the age of 37.

Sponsored by the National Family Partnership, Red Ribbon Week is the oldest and largest drug prevention program in the nation.

This article by Ryan Blessing was originally published on The Norwich Bulletin. 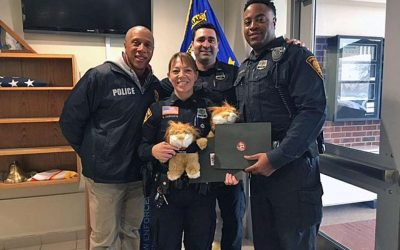 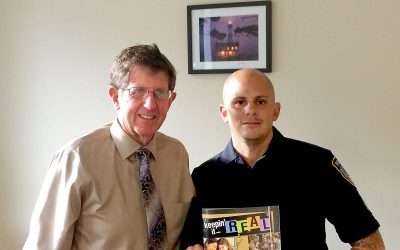 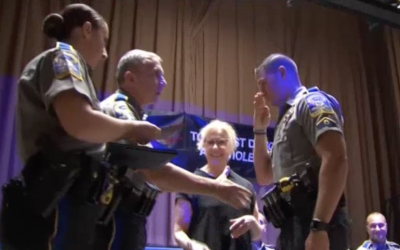 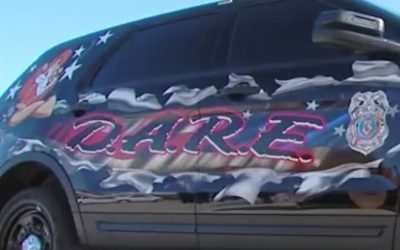 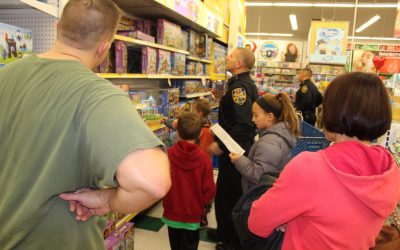 Berlin Students Shop with Police to Help Families in Need

Several families in town will have a better holiday season this year thanks to fifth graders and the Berlin Police Department. Earlier this month, three elementary school students were chosen through a lottery system to accompany officers on a trip to the toy store to buy gifts for families in need. The event, in its second year, is part of the D.A.R.E. program for fifth graders. The students and their parents, as well as some siblings, helped officers shop for 11 families at the Toys R’ Us on the Berlin Turnpike. 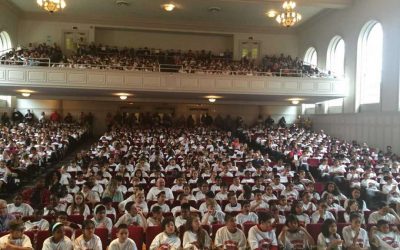 More than 1,000 fifth-grade students from Norwalk’s 11 elementary schools filled the Norwalk Concert Hall Wednesday morning to celebrate their D.A.R.E. graduation. D.A.R.E. (Drug Abuse Resistance Education) is a curriculum that has been sponsored by the Norwalk Police...