Doña Ana County Sheriff’s Deputy and D.A.R.E. Officer Jamar Cotton stands amid a sea of students learning to say no to drugs and gangs.

International Day against Drug Abuse and Illicit Trafficking was scheduled for Friday, June 26, but the COVID-19 pandemic has put the kibosh on local plans to hold associated events.

“I’ve been a D.A.R.E. instructor for three years,” Cotton said. “D.A.R.E. stands for Drug Abuse Resistance Education. The importance of this program is to bring awareness and prevention to many of the issues within communities and households. It’s a message about problem solving, social building, anti-bullying, leadership and strategies about how to be safe from drugs, alcohol, negative peer pressure, strangers, gangs and other issues that students face.”

According to New Mexico Youth Advocacy Board Member Shaylie Salopek, D.A.R.E. America was founded in 1983 to break the generational cycle of drug-related crimes and arrests.

Cotton said he regularly takes the D.A.R.E. message and programming to area classrooms, where he said he’s consistently impressed with the reception of the message by students of all ages.

“Being a D.A.R.E. Officer is important, because it allows me to create the positive energy students need to be successful,” he said. “It creates a bond between law enforcement, students, families, schools and communities. Also, as a D.A.R.E. officer, I get to change lives within the school. I get to learn from the many students and families, as well. As a D.A.R.E. officer, I have a responsibility to educate, learn and create an atmosphere that fosters positivity, healthy choices and a drug-free zone.”

While other aspects of being a deputy initially called Cotton the law-enforcement profession, he said the D.A.R.E. curriculum and his interaction with students has come to be a part of the job that he most values.

He said that while there aren’t any events set for the Intentional [sic] Day to his knowledge, the overarching continuation of the program will drive the message home over the long haul.

“D.A.R.E.,” he said, “is a great way to empower young people while also bringing awareness.”

From the Las Cruces Bulletin 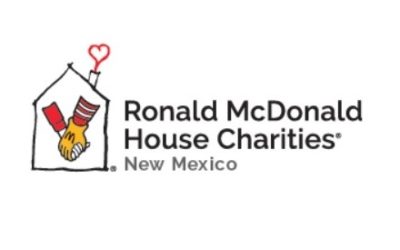 Dear friends, Thank you for your incredibly generous donation of 125 new toys donated during this holiday season. This thoughtful donation will be so appreciated by the children staying in our Ronald McDonald Houses and local hospitals. We are happy to have you as...