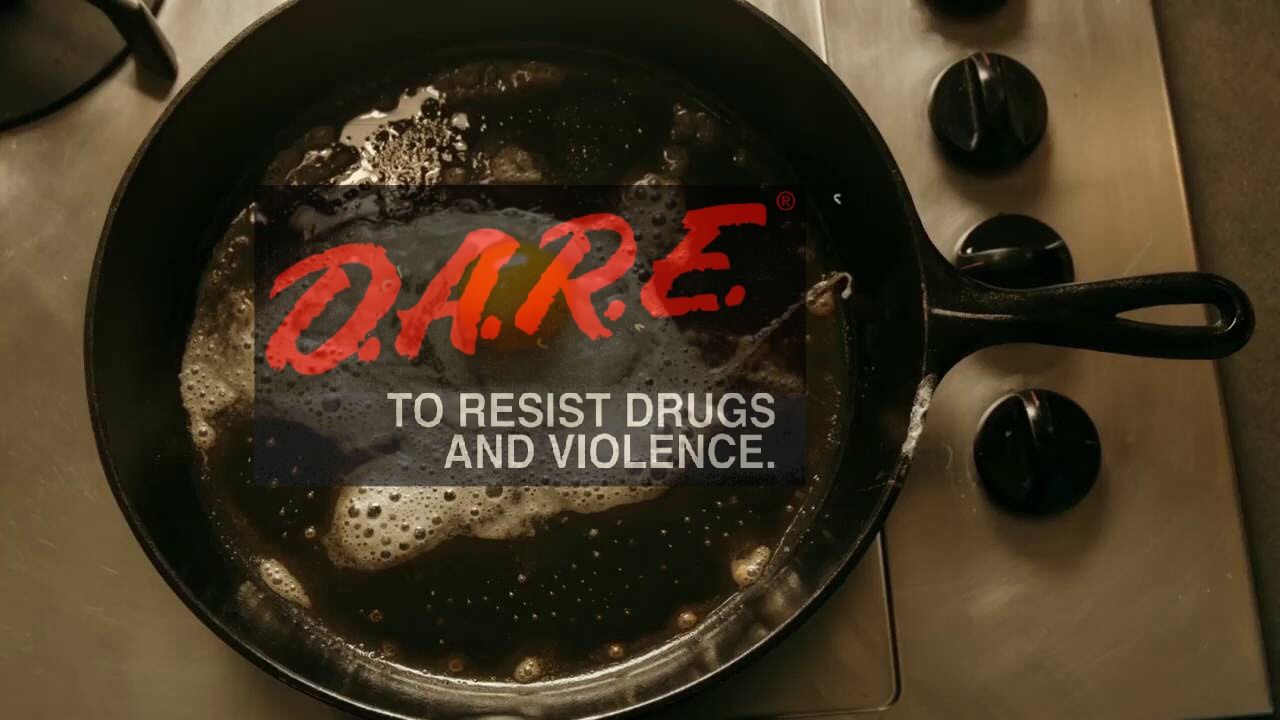 D.A.R.E. has changed since the 1990’s, but it still uses that red logo. The “brain on drugs” public service announcement is synonymous with D.A.R.E in the minds of many, but it’s from another group.

In the late 90s, federal agencies called into question the effectiveness of D.A.R.E., and the program lost funding before making a comeback in 2009 with the elementary school curriculum keepin’ it REAL.

Grealis: It isn’t heavy on drug talk in the fifth grade. We define what a drug is, and we have a lesson on alcohol and tobacco. But most of the program is about decision making. The theme of drug use is looped into the lessons.

The officers meet with fifth grade classes at each of the three city elementary schools once a week for 10 weeks. 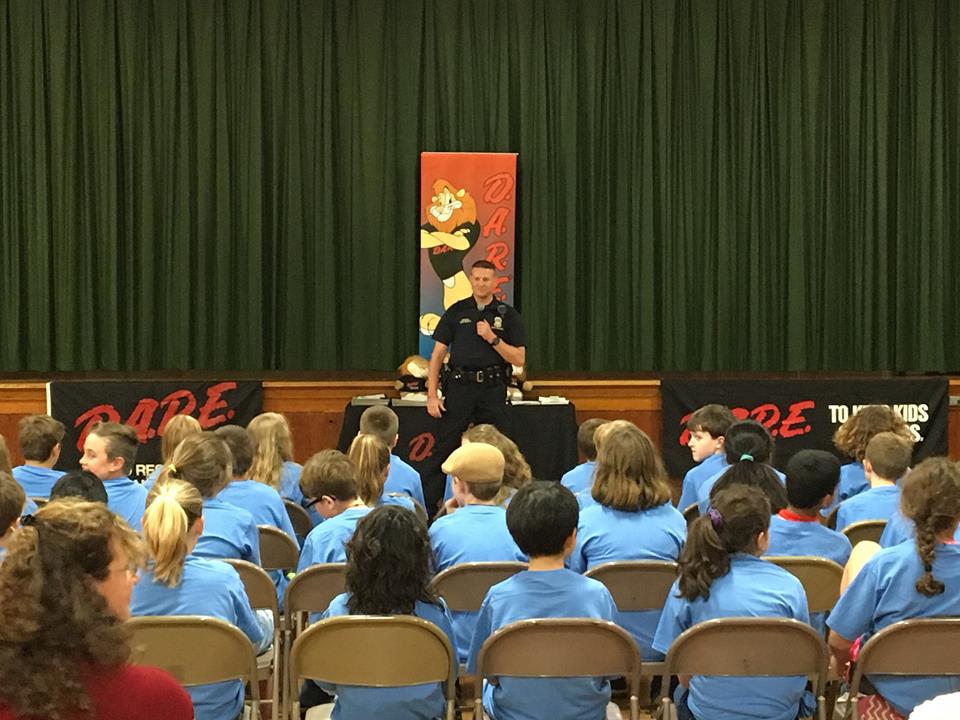 BFP: What are some of the topics for the fifth grade?

Grealis: We give lessons on:

One of my favorite lesson is on stress. We define what stress is. We talk about how it makes us feel in our bodies. How it makes us act and what we do.

Then we figure out strategies to get rid of stress and identify positive activities kids might like to do.

BFP: What is the core idea in your teaching?

Grealis: It’s all about personal responsibility and problem solving, making safe, responsible decisions at home, school or in the community.

At the end of every lesson, situations are presented to the students and we use our decision-making model to figure out how best to resolve it.

BFP: What is something that comes of working closely with students?

Grealis: One of the biggest positives is we get to know the kids at a young age. They get to know police officers as people.

So, if they have other life issues they need to report or if they screwed up, or whatever, they are more comfortable coming to talk to us.

Every year, students in middle and high schools across Vermont take a self-reported anonymous survey regarding their behaviors, including the use of tobacco, drugs and alcohol.

Students at South Burlington’s Frederick H. Tuttle Middle School in the 2017 survey when compared to their peers in Vermont were:

Use of tobacco, alcohol and other drugs increased with the age of the cohort, but generally remained lower than the Vermont average.

Other participating Vermont police departments include Colchester, Barre and Brandon. D.A.R.E. has free resources online to build family, community or school discussions on drug use, school safety and crime prevention. 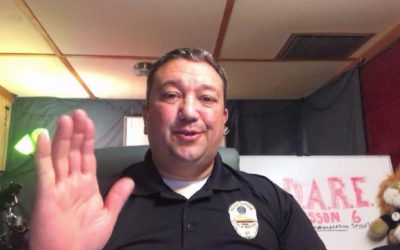 How School Resource Officer Keeps Up With Kids During Coronavirus

WINOOSKI, Vt. (WCAX) - Having no in-person school requires more than adapting to a new way of learning. Students' social structure is completely disrupted by not being able to see friends, teachers and even school resource officers. Our Elissa Borden introduces you to...