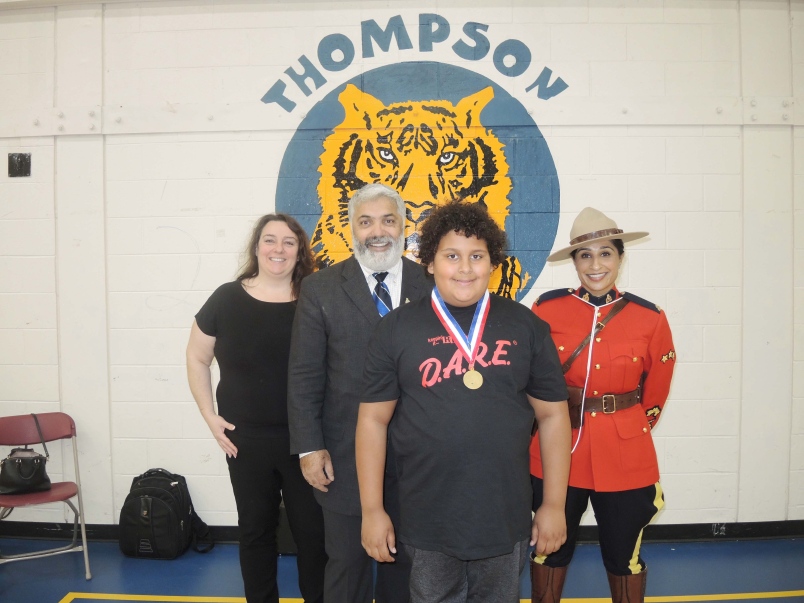 Shelley Del Rosario fought back the tears of pride filling up in her eyes when describing how she felt watching 10-year-old son Matt picking up the D.A.R.E. Good Citizen Award.

“It felt amazing. This was a total surprise. To see so many people looking up to him…it’s very gratifying.

“I work full time, I’m a single mom, so I don’t get to come to help out at school as much as I’d like to.

“It warms my heart, it really does. There were times when it seemed like me and Matt against the rest of the world. But you’ve just gotta keep going and hope you’re doing the right thing.”

Moments earlier, Del Rosario looked on as Thompson elementary Grade 5 student Matt stood in front of his peers with his D.A.R.E. medal hanging proudly on his chest.

Many Grade 5 students were presented with D.A.R.E. (Drug Abuse Resistance Education) certificates, in recognition for completing the 10-week program, which has a primary mission of supporting the RCMP’s delivery to B.C. Grade 5 schoolkids to enable them to become safe and responsible citizens. 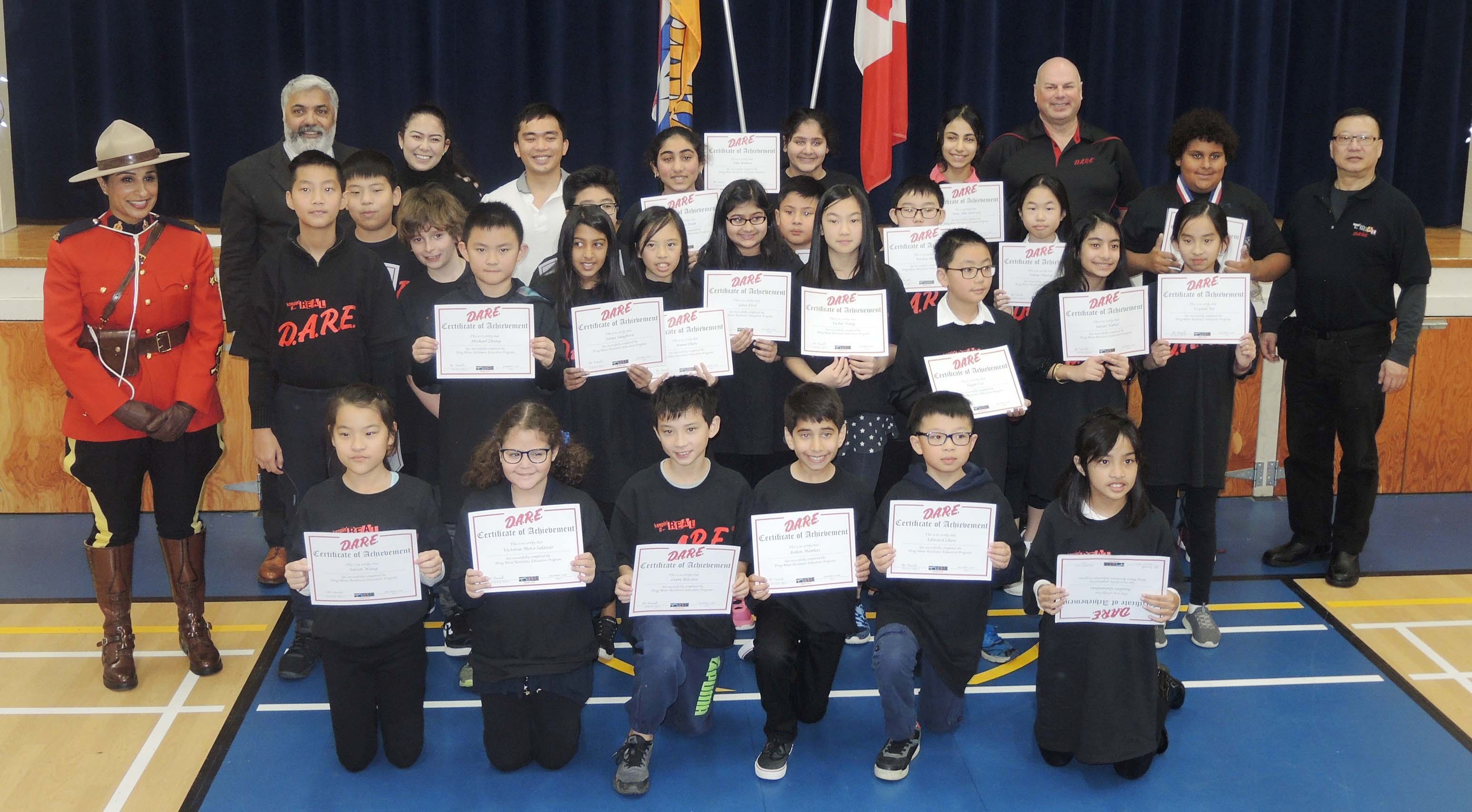 But it was Matt’s award that took centre stage on Tuesday, with many in attendance talking about the example he sets for his peers and younger students every single day.

“I like helping other people, especially the younger kids. One of them fell in a puddle and was crying. I went over and helped them get to the office,” Matt told the Richmond News, adding that receiving his award was “kind of weird looking at everyone out there.”

Of Matt’s achievement, his mom said that “this doesn’t happen overnight; we’ve worked together.

“He’s played football for four seasons and that’s helped a lot to instill a good work ethic and commitment to himself and others.

“It’s all worth it for this though. All those nights in the pouring rain at football practice, when he won’t let me sit in the car. He says if he’s on the field, I’m on the field, we’re doing this together, as a team.”

Another surprise at the presentation was a Teacher Appreciation award for Nav Badyal, who had no idea he was being honoured.

“I only found out today. I’ve been doing this for 12 years and we all do this for the kids, everything is about the students,” said Badyal.

“This is one of my passions; it touches me deeply as I lost a personal friend a few years ago.

“We teach D.A.R.E. through stories, teaching them to make the right decisions. All it takes is one mistake. And we’re hearing from DARE that students are not using drugs as much these days and maybe that’s because of DARE.”

Badyal said the groundwork is done on a daily basis.

“We talk a lot about being good citizens, ‘may I please?’ making eye contact with people, not standing by and watching something happening…step up. That’s the core message right there,” he said.

“We talk about responsibilities and pressures, about being a good citizen. What to do if they’re feeling the stress of certain situations,” said Kandola.

After Matt received his award, Kandola told him that she was “really proud of him. I let him know that we’re right behind him.”