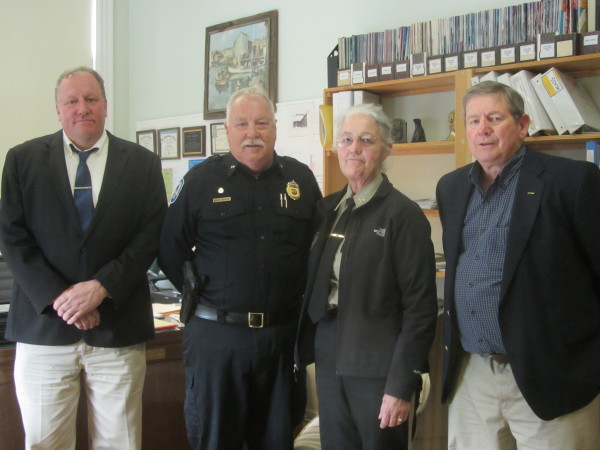 ROCKLAND, Maine — Community leaders will get together Wednesday evening to determine how to tackle the area’s drug abuse crisis.

“This is a grassroots effort to prevent substance abuse and support recovery,” Mellor said.

The meeting will be held 6 p.m. Wednesday, Nov. 12, in the Rockland District Middle School cafeteria.

Knox County Sheriff Donna Dennison said substance abuse is a serious problem that she believes is worse than years prior.

Rockland Police Chief Bruce Boucher said that the type of drugs that are the most prevalent ebb and flow. But, he said, substance abuse often starts with alcohol, then marijuana and “then it takes off” into other drugs.

The chief and sheriff pointed out that several years ago, abuse of prescription painkillers diverted from legitimate patients was the biggest problem. But as law enforcement and the medical community worked to better monitor painkiller prescriptions, many people turned to heroin.

Drugs also are a problem in schools.

The superintendent said one source of the problem is that young people are exposed to drug abuse at home. Mellor agreed and gave an example.

“When I was principal at the middle school, an eighth-grade girl was caught with marijuana. She said she smoked it at home with her parents,” Mellor said.

The chief, sheriff and superintendent said drug prevention education is crucial. The sheriff’s office teaches the Drug Abuse Resistance Education program, also known as D.A.R.E., to fifth-graders in eight schools across the county.

Boucher said he is a supporter of D.A.R.E., which stopped several years ago in Rockland because of lack of staff in the Police Department, and he would like to reinstate the program in the city. He pointed out, however, that for the program to be fully implemented, the course needs to be taught to fifth, eighth and 11th graders.

“If you only teach English in one year, students are not going to remember,” the sheriff said.

McDonald, who is in his first year as RSU 13’s superintendent, said he would support the return of D.A.R.E. to the school district and he would like to have a school resource officer.

Mellor said that the committee, which includes officials from schools, law enforcement and churches, will meet and hold public hearings in hopes of coming up with a comprehensive plan to address the substance abuse problem.

From The Bangor Daily News