Sgt. Bruce Jacobs retires after 30 years as police officer: ‘I got to be a hero to kids’ 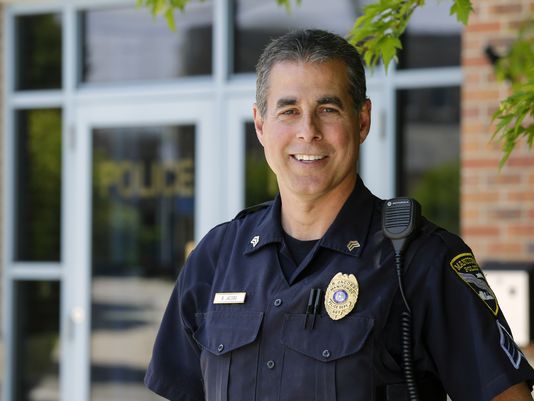 MANITOWOC – Sgt. Bruce Jacobs was set to retire in April after 30 years on the Manitowoc Police Department. But then, he didn’t want to leave during one last Citizens Academy. And then, he couldn’t say goodbye without attending one last Lincoln High School graduation.

Jacobs — who has served as a public face of the department during his role as school resource officer, D.A.R.E. officer and crime prevention leader — wanted to see some of those events through before taking off his badge and moving to the next stage of his life. He obviously loves the profession he stumbled upon as a high school senior.

“My homeroom teacher asked me what I wanted to do, and I didn’t know so I turned to my buddy and said, ‘What do you want to do?’ and he said, ‘Be a police officer,’ so that’s what I said,” Jacobs said with a laugh as he sat in his almost-empty office June 7, a day before his official retirement. “Ned never became a police officer, he became an accountant and now he does my taxes.”

Jacobs earned a degree from Northeast Wisconsin Technical College in Green Bay (he later received a bachelor’s degree from Marian University) and joined the Manitowoc department as a cadet at age 22. He worked the midnight shift for more than three years before moving into the schools.

“When I got into the schools, it just felt right,” Jacobs said. “The cost of being an SRO, losing connection with the guys on the road, but I got to be a hero to kids. Now, I wasn’t always a hero, I had to arrest kids and do things we do on the street, but for the most part I really made a great connection with those kids.”

He worked as a liaison in the schools roughly from the age of 27 to 51, with some overlap with his duties in crime prevention. He spent 18 years as a school SRO, with six years at Lincoln High School, moving from “the big brother role to the father role,” he said with a laugh. “I just loved working with the kids.”

He ran the Citizens Academy — a 10-week program to inform the public about various aspects of law enforcement — with the academy’s alumni group since 2009, so he didn’t want to leave in the middle of the course. “The Citizens Academy is the real reason I didn’t retire in April when I had my 30 years in,” Jacobs said.

He’s glad his career worked out the way it did.

“I’m the kind of guy who would rather educate you about the consequences of things, rather than arrest you once you have done them,” Jacobs said. “Sure, I miss being with the guys on the road, but to teach a kid in D.A.R.E. class or as an SRO, that ‘Hey this is what happens when you do drugs,’ rather than arrest them after they’ve done drugs.”

Crime prevention gives people a connection to the police department strong enough for them to call the department if they see problems or making them aware of crime, or “how not to be a victim,” Jacobs said. But there’s no real way to measure crime prevention, he said. “How do you know how many crimes didn’t happen because you were smart?” he asked.

He has plenty of praise for people within the Manitowoc Public School District.

“The administrators, the teachers, go far and above what you think the average teacher would do,” he said. School administrators returned the compliments.

Lincoln High School Principal Lee Thennes worked in the school as a teacher when Jacobs was the SRO.

“I taught a class called social issues and he would come into my class and talk to students at various times about making good decisions, and trying to show kids the danger of doing drugs and what it could do to their lives,” Thennes said. “He was always very good at making that very real to them. He’s full of energy and passion and dedicated to the community in a way that’s very special. He felt very strongly that helping influence younger people or students was really the way to make the community better in the long run. He also had a very good relationship with students and staff, and with his sense of humor got along great with kids.”

School District Superintendent Mark Holzman added: “His passion for what’s good for the community, through D.A.R.E., through Shop with a Cop, and crime prevention, he’s really committed to seeing the best in people. He’s definitely a people-centered person, and really wants what’s best for Manitowoc.”

Times have changed since he started at the Police Department, Jacobs said, noting drugs have gotten more potent in that time.

“When I first started, no matter what they did, their fine amount was $50,” he recalled. “There were no consequences back then. So now parents say, ‘Well I did it, why can’t they do it?’ Same with drugs. The parents say, ‘I did it, why can’t they?’ But they are looking at the drugs they did, but they didn’t have meth, they didn’t have fentanyl or edibles or dabs; it’s the lower perception of risk. The challenging part is the parents who are walking the line of being parents and wanting to be the best friend.”

While SRO work has its challenges, Jacobs estimates he’s made a difference in thousands of students’ lives. While his mother was in rehab recovering from surgery, a worker gave his mother a letter saying that while she was in the ninth grade, Jacobs worked with her and saved her life during a tough time.

“How do you measure something like that?” Jacobs said. “I’m definitely going to miss it, but it’s time for me to go. I think I’ve accomplished what I wanted to. Leaving on my terms is very important.”

He owns a driving school with nine cars and 25 employees. He said he took over the business about eight years ago, when the opportunity came up.

“I was in the schools, I knew all the kids, my daughters were that age, it was just the perfect timing,” Jacobs said. He also plans to teach classes at NWTC and Lakeshore Technical College, as well as starting his own consulting business.

He and his wife Dawn intend to remain in Manitowoc. One grown daughter is a teacher in Manitowoc schools and the other is studying to become a nurse.

“I think this is a small community that has a lot of caring people, people who are honest and want to do the right thing,” Jacobs said. “We have a beautiful location on the lake, but it’s much deeper than that. Our services, the mayor, the leadership in the community, I’ve got a lot of confidence in them.”

Looking back on his career, he said he would tell the high school senior who randomly decided to be a police officer to remember the Golden Rule of treating people as you would want to be treated.

“As a police officer, you are dealing with people at their worst,” Jacobs said. “Always be respectful of people, even if they are doing things that don’t deserve respect. And always be positive.” 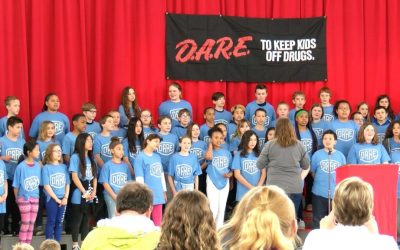 La Crosse, Wis. – (WXOW) – Students at Northside Elementary/Coulee Montessori celebrated success with their D.A.R.E. graduation. The ceremony had 82 students who completed the program. Parents, family, teachers and classmates were all on hand to share in the event.... 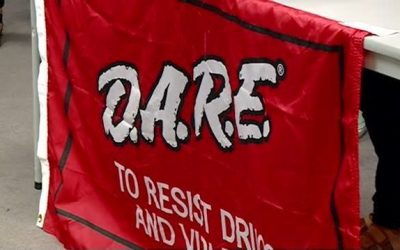 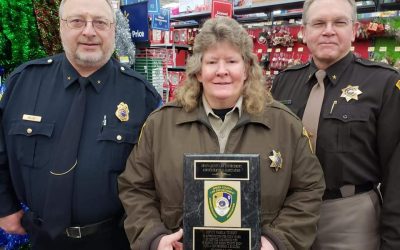 I want to say that teaching D.A.R.E. is the BEST thing I did in my career. The program is amazing. I remember hearing the words in D.A.R.E. training so many years ago…. “if you change the life of just one child it is worth it” ….. I believe I did that…It has… 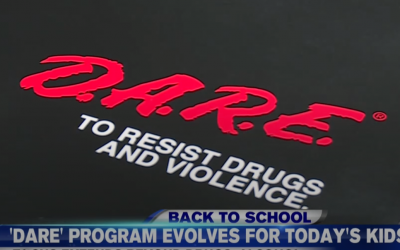 ROTHSCHILD, Wis. (WSAW) -- It use to be called Drug Abuse Resistance Education but now the D.A.R.E. program in north central Wisconsin is evolving into helping students make better decisions. D.A.R.E. now stands for Define, Assess, Respond, Evaluate how to respond to... 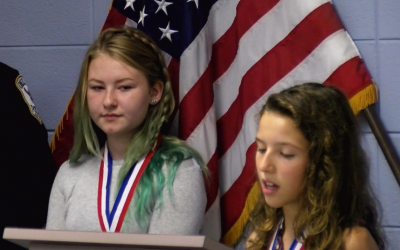 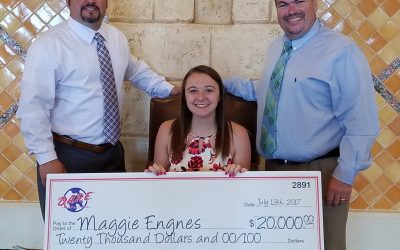 Wisconsin’s former Youth Advocacy Board Representative Maggie Engnes (pictured with Chad Koranda and Steve Albarado) is the 2017 D.A.R.E. America National Scholarship Awardee. The scholarship recognizes academic excellence and rewards students who remain true to the goals of the D.A.R.E. program. It is awarded annually to a qualified 12th grade student to attend the university or college of their choice…