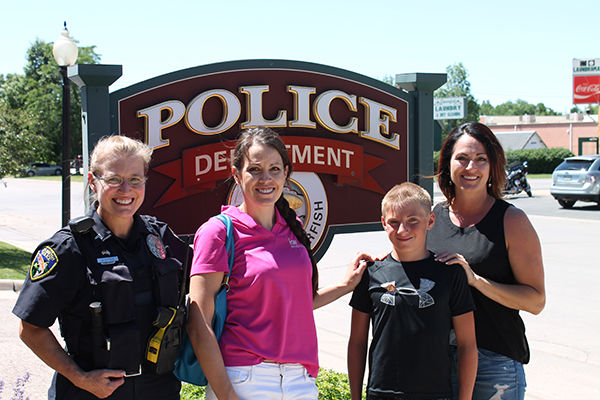 “I was pretty amazed,” he said of hearing the news.

Spearfish fifth-graders have 10 or more weeks of D.A.R.E. with instructors who teach them about the harmful effects of drugs and alcohol, making good choices, making responsible decisions, and developing life skills. They discuss responsibility, dealing with peer pressure, handling stress, preventing and reporting bullying, confident communication, effective listening, and ways to be a good citizen. A tool that the students practice is the D.A.R.E. decision-making model, which reminds them of the four steps of defining, assessing, responding, and evaluating a difficult situation to discover multiple ways to resolve it.

“It was good,” Hafner said of his experience in D.A.R.E. “I learned a lot about decision making because I always thought it was easy, and then when we started talking about it in D.A.R.E., it started to become more complex.”

Each student writes an essay at the completion of the program, and Hafner described getting to read the essay in front of his class, and his essay was chosen as the class winner.

“I was so excited,” Hafner’s fifth-grade teacher, Cori Engelhardt said, describing that all of the things that the students learn in D.A.R.E. are important, especially the “voice that they get – because this applies to their everyday life. This isn’t just ‘write it on paper and pretend that you learned something’; I mean, I see them use it,” she said. “He talked about bullying in his paper, and that’s what hit me the most, because that’s something they all see, every single day. The steps that he said he’s going to take – he’s one of the leaders in the class, and I know when he read that to the rest of them, it was powerful. And I know he’s going to live that.”

Hafner wrote in his essay, “We can all do our part to try to prevent bully because it’s just everyday things like treating everybody nicely, not encouraging it, and sticking up for other people and yourself.”

His D.A.R.E. instructor, Cpl. Verla Little, said that Hafner is the first student she’s had in her D.A.R.E. classes who has placed in the state contest.

“I was absolutely thrilled. I’m so proud of him,” she said, describing that the feeling Hafner put into his essay and the things that he pointed out that meant something to him that reflect what he learned in class really hit home. She added that she loves getting to teach D.A.R.E. “I love just hanging out with them (the students) and interacting with them. I love being out in the community, not in uniform, and having them recognize me. I like making that connection and hopefully developing a relationship for later on so that they can come and ask me questions and talk to me.”

His mother, Christina Christians, said that she was very excited to hear the news.

With the second-place distinction, Hafner received a $35 prize, which he will put toward his goal of saving up for a mini Razor, a type of scooter.

His advice to his peers is to stay away from people who use drugs and to be assertive about their decisions. He concluded his essay with, “Overall I would like to thank (Cpl.) Little for teaching me everything I learned, and for being there the whole way to help me understand everything. Thanks to everything I learned, I, Mathias Hafner, can pledge to not do drugs, use the decision making model to help me make good decisions, and do everything I can to prevent bullying from happening.” 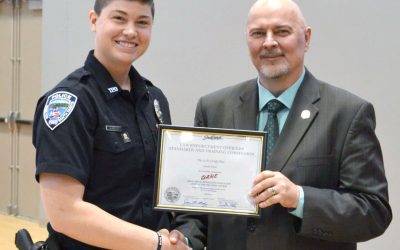 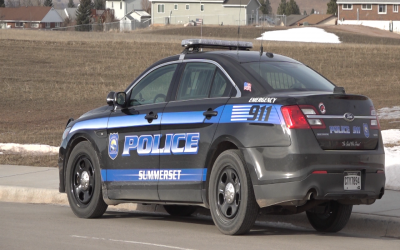 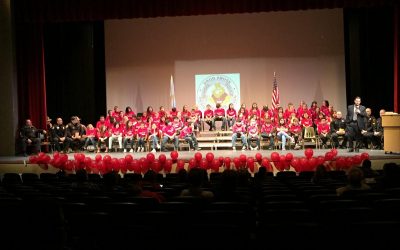 "Officer Appel put on a mind blowing graduation for the first kids to graduate a D.A.R.E. program in Sisseton in 20 years. The ceremony included a full police escort with lights and sirens to the performing arts center. We were joined on stage by the Mayor, Sisseton... 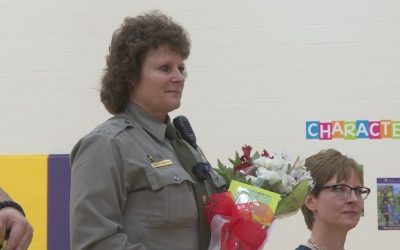 While the school year is still young 5th graders at Custer Elementary School had a special graduation ceremony, and helped take part in a retirement as well. 5th graders completed the D.A.R.E. program today and received their diplomas from their retiring school D.A.R.E. officer, Chief Ranger Nancy Martinz. Martinz is retiring after 20 years of service to the Custer Elementary students. 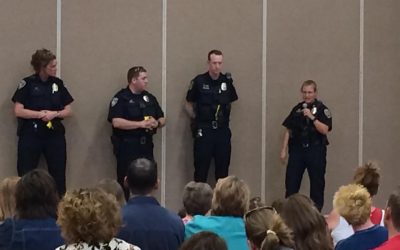 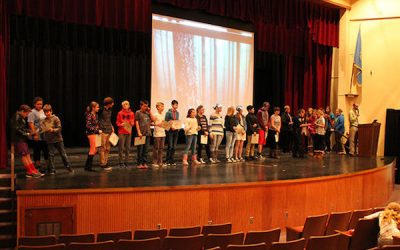