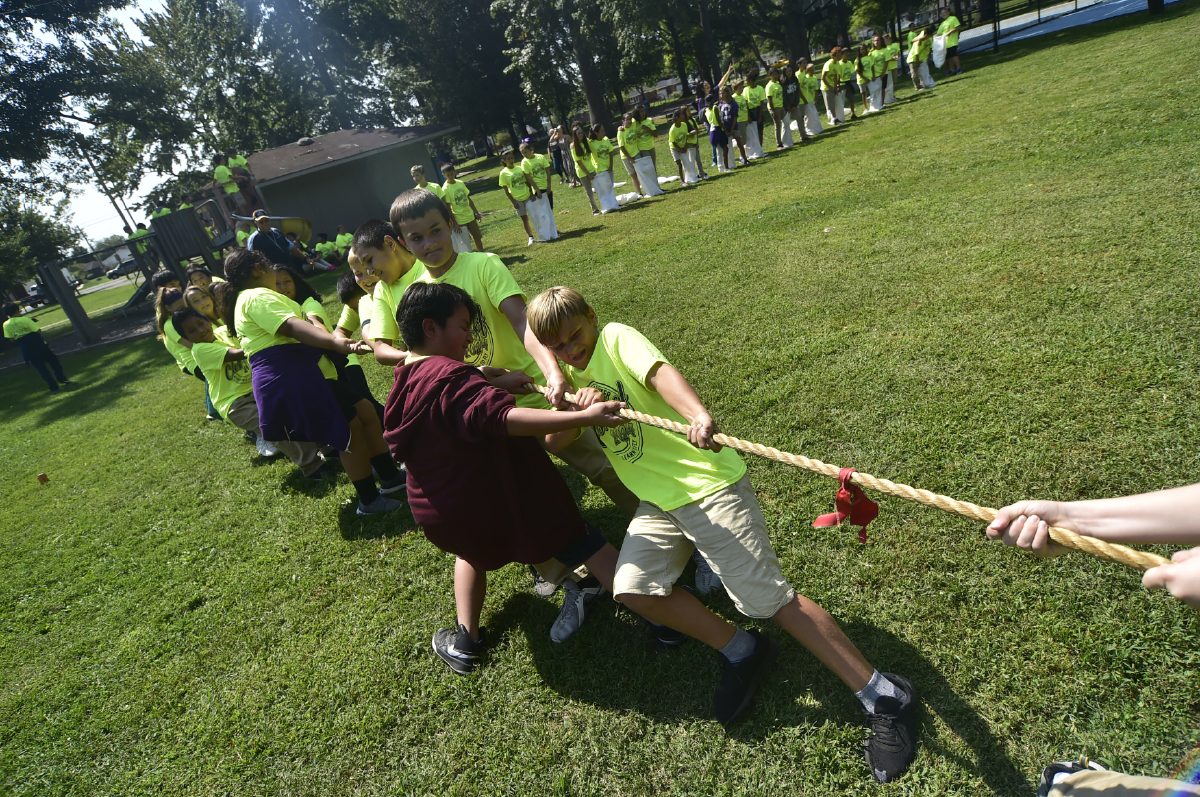 “The D.A.R.E. graduates hadn’t had their celebration yet, so Officer Toborg came to me and asked about a picnic for the kids,” Principal Karla Bohle said. “I told him we were thinking about having a Class of 2024 picnic because that’s what their graduating class is, and so we combined the two events.”

Last year’s fifth-graders from the D.A.R.E. program never had their year-end celebration due to several cancellations.

“These are good kids, and we’re so glad to finally give them their party, and they’ve been so patient,” Toborg said.

“In years past, we’ve always done a lock-in at the bowling alley from midnight to 6 a.m., but the bowling alley is closed, so we had to rethink what we were going to do,” Toborg said. “The original plan was to rent the middle school gymnasium right around Christmas or a little after and have our party.”

But around that time, D.A.R.E. Officer Gilbert Carpenter’s house burned down, and he was off work with an injured arm, so the party was delayed, Toborg said.

“By the time we got it rescheduled, it was too late in the school year, so we decided on a summer swim party at Shields Park,” Toborg said. “So we pumped all the kids up for this pool party, and the Fraternal Order of Police was going to grill the food.”

The pool party was rained out and rescheduled for the following week, and it rained again.

It was decided to wait until the new school year so there would be better participation, Toborg said.

“Then we got with Mrs. Bohle, the new principal at the Sixth Grade Center, and found out they were going to have a Class of 2024 party,” Toborg said. “We said we’d like to be a part of it.”

The students walked over to nearby Gaiser Park and had lunch, and there were fun activities to get them outside and show them all of the alternatives they have instead of drug use, Toborg said.

“We were reminding them to make wise choices and to use their decision-making skills because they won’t get that again until eighth grade,” Toborg said. “We have a fifth-grade DARE program and then one in eighth grade, too.”

“It’s great for these kids because this is their make-up celebration, so I feel good that we got something made up to them,” Carpenter said. “It wasn’t a lock-in, but it was time spent, and they got to have fun. Now, we can get some closure on this and can focus on the regular fifth grade.”

Bohle, who was assistant principal at Seymour-Jackson Elementary School for three years before moving to the Sixth Grade Center, said she and her staff have been working hard on making the center a positive, uplifting, family-type environment for students and staff.

“This is the first time the sixth-graders have all been together,” she said.

Here, they were joining as one, Bohle said.

“The Class of 2024 picnic is to unite them all as Owls, and we want them to realize that they are one class,” said Samantha Browning, counselor at the Sixth Grade Center. “They have their separate teams they’re on, so this is the first time the kids have all been together for an extended amount of time.”

The Sixth Grade Center’s motto is “Where Owls Learn to Fly,” so the decision was made to also have a balloon release, symbolizing the students “learning to fly.”

“The idea today is that when the kids release the balloons, they’ll all say, ‘Owls learn to fly,’ then release their balloons on the word ‘fly’ as they unite as Seymour Owls,” Browning said.

The school corporation had matching unifying shirts made for students and staff, Bohle said.

The sense of belonging is so important, especially for middle school-age kids, Bohle said.

“That’s what we want, cohesiveness with this Class of 2024 to let them see the future to when they are all hopefully graduating together from Seymour High School, to kind of create their own niche as a whole class because a lot of the time, you don’t see that until junior or senior year,” Bohle said.

At the picnic, student government officers were given a leadership role, helping out with the balloons and helping serve food.

“It was fun today, and we played kickball, basketball, tug of war and three-legged race,” Sam said. “Mrs. Bohle and Ms. Browning blew up the balloons, a couple of student helpers from the high school tied them, then the vice president and I tied the strings on.”

When he found out they were finally going to have their D.A.R.E. party, Sam said he was happy.

“Everyone was so excited we were going to have a pool party, then it got postponed, but they rescheduled it, and everyone was happy again,” she said. “Then it got rained out, too. When we heard about this picnic, everybody got so excited because we were actually going to do something.”

Aleia said if a friend told her they were thinking about taking drugs, she would remind them of the five-step plan they learned in the D.A.R.E. program to help them make a safe and responsible decision.

Bohle said she hopes the picnic becomes an annual event.

“I would definitely love to join forces and create this if the FOP and D.A.R.E. officers would want to be involved again or we could make this just something for our class to do,” she said. “We will do whatever we can. This is something they haven’t had before, and we want that for them.”