The New D.A.R.E. Program—This One Works 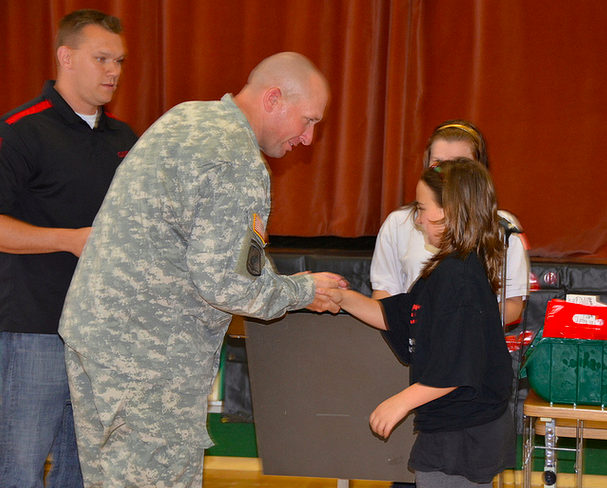 The “keepin’ it REAL” substance-abuse curriculum focuses on elementary and middle-school students’ decisions, not drugs.

If you were one of millions of children who completed the Drug Abuse Resistance Education program, or D.A.R.E., between 1983 and 2009, you may be surprised to learn that scientists have repeatedly shown that the program did not work. Despite being the nation’s most popular substance-abuse prevention program, D.A.R.E. did not make you less likely to become a drug addict or even to refuse that first beer from your friends.

But over the past few years prevention scientists have helped D.A.R.E. America, the nonprofit organization that administers the program, replace the old curriculum with a course based on a few concepts that should make the training more effective for today’s students. The new course, called keepin’ it REAL, differs in both form and content from the former D.A.R.E.—replacing long, drug-fact laden lectures with interactive lessons that present stories meant to help kids make smart decisions. Beginning in 2009 D.A.R.E. administrators required middle schools across the country that teach the program to switch over to the 10-week, researcher-designed curriculum for seventh graders. By 2013, they had ordered elementary schools to start teaching a version of those lessons to fifth and sixth graders, too. “It’s not an antidrug program,” says Michelle Miller-Day, co-developer of the new curriculum and a communications researcher at Chapman University. “It’s about things like being honest and safe and responsible.” Even so, keepin’ it REAL has reduced substance abuse and maintained antidrug attitudes over time among students in early trials—an achievement that largely eluded the former iteration of the program.

D.A.R.E.’s original curriculum was not shaped by prevention specialists but by police officers and teachers in Los Angeles. They started D.A.R.E. in 1983 to curb the use of drugs, alcohol and tobacco among teens and to improve community–police relations. Fueled by word of mouth, the program quickly spread to 75 percent of U.S. schools.

But for over a decade research cast doubt on the program’s benefits. The Department of Justice funded the first national study of D.A.R.E. and the results, made public in 1994, showed only small short-term reductions in participants’ use of tobacco—but not alcohol or marijuana. A 2009 report by Justice referred to 30 subsequent evaluations that also found no significant long-term improvement in teen substance abuse. “Thirty years ago, everyone believed that if you just told students how harmful these substances and behaviors were—they’d stay away from them,” says Frank Pegueros, president and CEO of D.A.R.E. America. “I’ve actually had officers tell me, ‘You mean I was doing it wrong for 15 years?’ Evidently, we were.”

Behavioral scientists started to suggest a different approach as early as 1998, based on research into successful behavior-change techniques. Instead of bombarding students with information in 45-minute lectures, they called for a hands-on program that would build communication and decision-making skills and let children rehearse these tactics via role play. Eventually D.A.R.E. started to search for a new curriculum, and the program’s scientific advisory board selected keepin’ it REAL from over 200 listings on a national registry of evidence-based programs maintained by the U.S. Substance Abuse and Mental Health Services Administration.

Now instructors speak only for about eight minutes during each lesson, partly so students can spend more time practicing tough decisions in activities with their friends. “If we teach good decision-making skills, it should transfer from one high-risk behavior to the next,” Pegueros says.

Sgt. Christine Rapp, who has been a full-time D.A.R.E. officer at the Hancock County Sheriff’s Department in Indiana for 16 years, says these exercises are as popular in the classroom as they are with prevention researchers. “The interaction and group work is awesome because we learn by doing—much more than just by hearing,” Rapp says. “When [students] learn the ways to say no to friends, they absolutely love getting up in front of the class and acting those out.” Officers teach four ways to say no: Refuse, Explain, Avoid and Leave (hence the acronym).

The elementary curriculum focuses on developing these four basic skills, says Michael Hecht, a communications researcher at The Pennsylvania State University who developed keepin’ it REAL with Miller-Day. And the middle-school curriculum, intended for seventh graders, has the students apply the guidance much more to drugs. The four strategies that make up the acronym were teased from 300 interviews that the two researchers conducted with kids across the country.

Hecht and Miller-Day have authored several of the handful of studies that demonstrated the program’s effectiveness and convinced the D.A.R.E. scientific advisory board to adopt it. The largest one, published by Hecht, Miller-Day and their colleagues in 2003, asked 6,000 students to fill out questionnaires about their use of alcohol, tobacco and marijuana at several points over a two-year period. The reports from students who completed keepin’ it REAL indicated that they sampled these substances less than those in a control group, and used a wider variety of strategies to stay sober. Their antidrug attitudes were also more likely to stick over time. A subset of that study with 1,300 students who were already using drugs, showed that the program reduced substance use at a rate that was 72 percent higher than the control group. Steven West, a rehabilitation counselor at Virginia Commonwealth University who once published a meta-analysis showing D.A.R.E. to have negligible effects, is encouraged by these results. “They are going the right route now—it’s based in science,” West says.

Richard Clayton, a retired prevention researcher formerly of the University of Kentucky, was also once an outspoken critic of D.A.R.E. but has since been responsible for many science-based improvements to the program after it invited him to join its board of directors and chair its scientific advisory council, which is now stacked with prevention researchers. “They listened to the notion that comes from the literature that you need to be interactive—not didactic lecturing,” he says. “I think what they’ve done is pretty amazing.”

West and Clayton also argue that the D.A.R.E. program is worth saving, because it has built a remarkable network of schools and police stations that have proved willing to work together to encourage kids to lead smart, healthy lives. With that network firmly in place, D.A.R.E.’s biggest responsibility is finding the best way to put it to work. “We want to be on the cutting edge of research and science,” says John Lindsay, a regional director for D.A.R.E. America. “If you believe in that, you can’t just talk the talk, you have to walk the walk—and I think that’s what we’ve done over the last few years.” 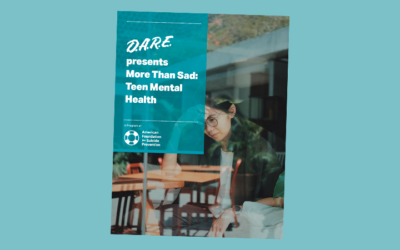 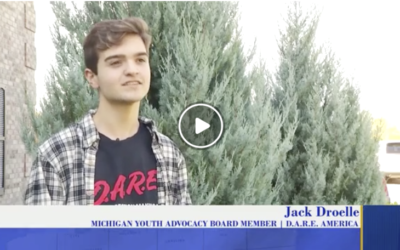