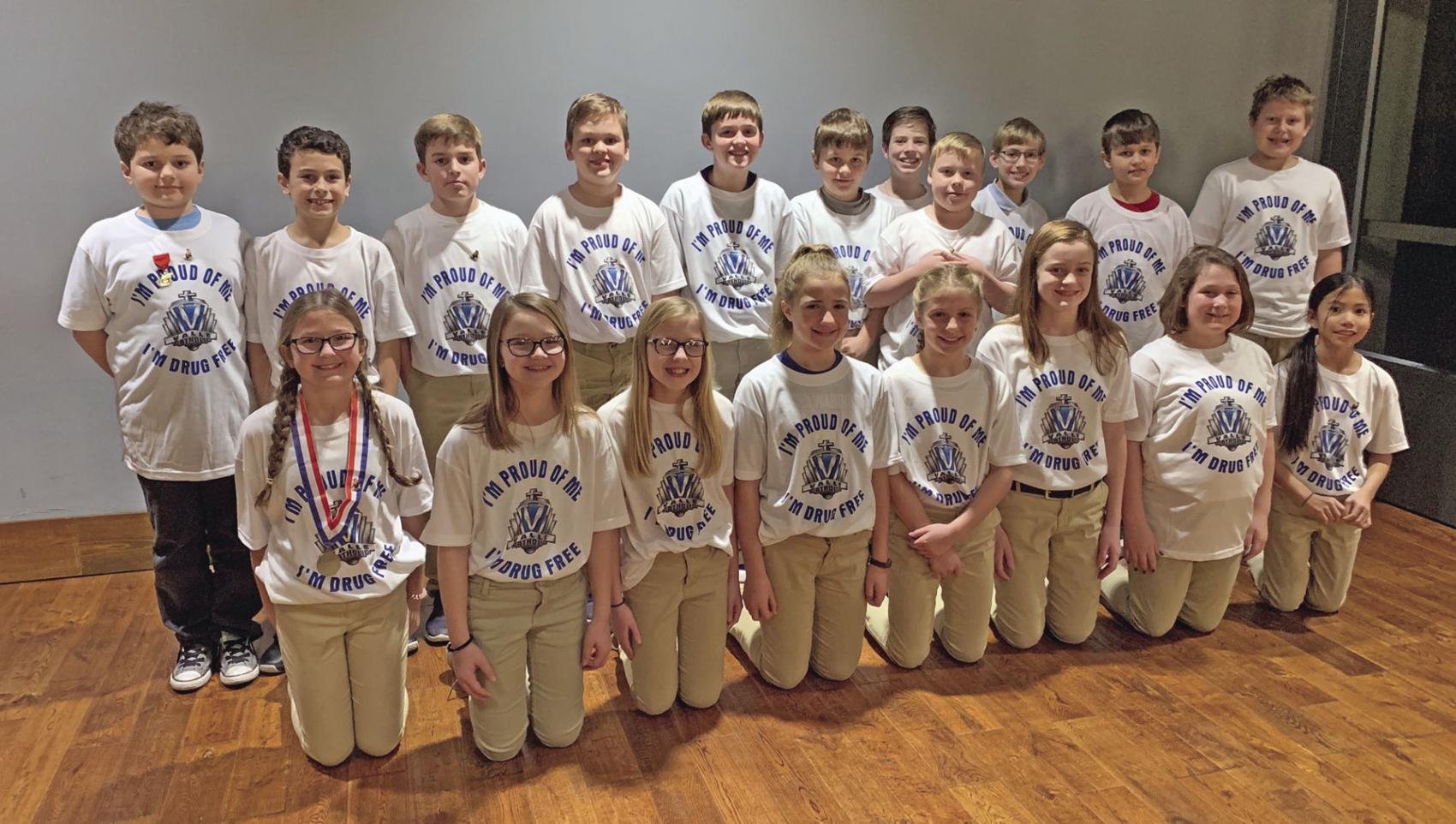 Valle Catholic fifth-grade students graduated from the Drug Abuse Resistance Education (D.A.R.E.) program on December 11 in a ceremony at the DuBourg Centre that was attended by family and friends. Students were dressed in their D.A.R.E. t-shirts and posed in a group picture at the ceremony. Rev. Edward Nemeth, pastor from the Church of Ste. Genevieve, opened the evening with a prayer. The Pledge of Allegiance was led by fifth-grader Alaric Drost, son of Charles and Sara Drost. Valle Catholic Grade School principal Elaine Blair offered opening remarks.

The D.A.R.E. classes this year were under the instruction of deputy Jason Finch from the Ste. Genevieve County Sheriff’s Office. Other law enforcement officials who supported the program through their attendance at graduation were Sheriff Gary Stolzer, chief deputy Jason Schott, deputy Mike Barton and deputy Jeff McCarty. The guest speaker was Brandon Moulton, a graduate of a 12-step program. He spoke honestly to the students about the importance of making good choices, and he answered questions from the students.

As a​n added​ requirement of the program, each student composed an essay explaining what they learned in D.A.R.E. The essays, written under the supervision of fifth-grade teacher Elizabeth Bertrand, included a pledge to make wise decisions regarding drugs, alcohol and tobacco. This year’s first-place winner was Johanna Bales, daughter of John Bales and Jami Bales. Second place was awarded to Aiden House, son of Cassandra Dallas and Dustin House. The third-place winner was Lane Okenfuss, son of Todd and Janie Okenfuss.

The officers from the Sheriff’s Department and Brandon Moulton conferred certificates, a D.A.R.E. pin and bumper sticker to each student. The evening concluded with refreshments provided by the staff of the Sheriff’s Office. (Photos, information from Valle Catholic Schools)