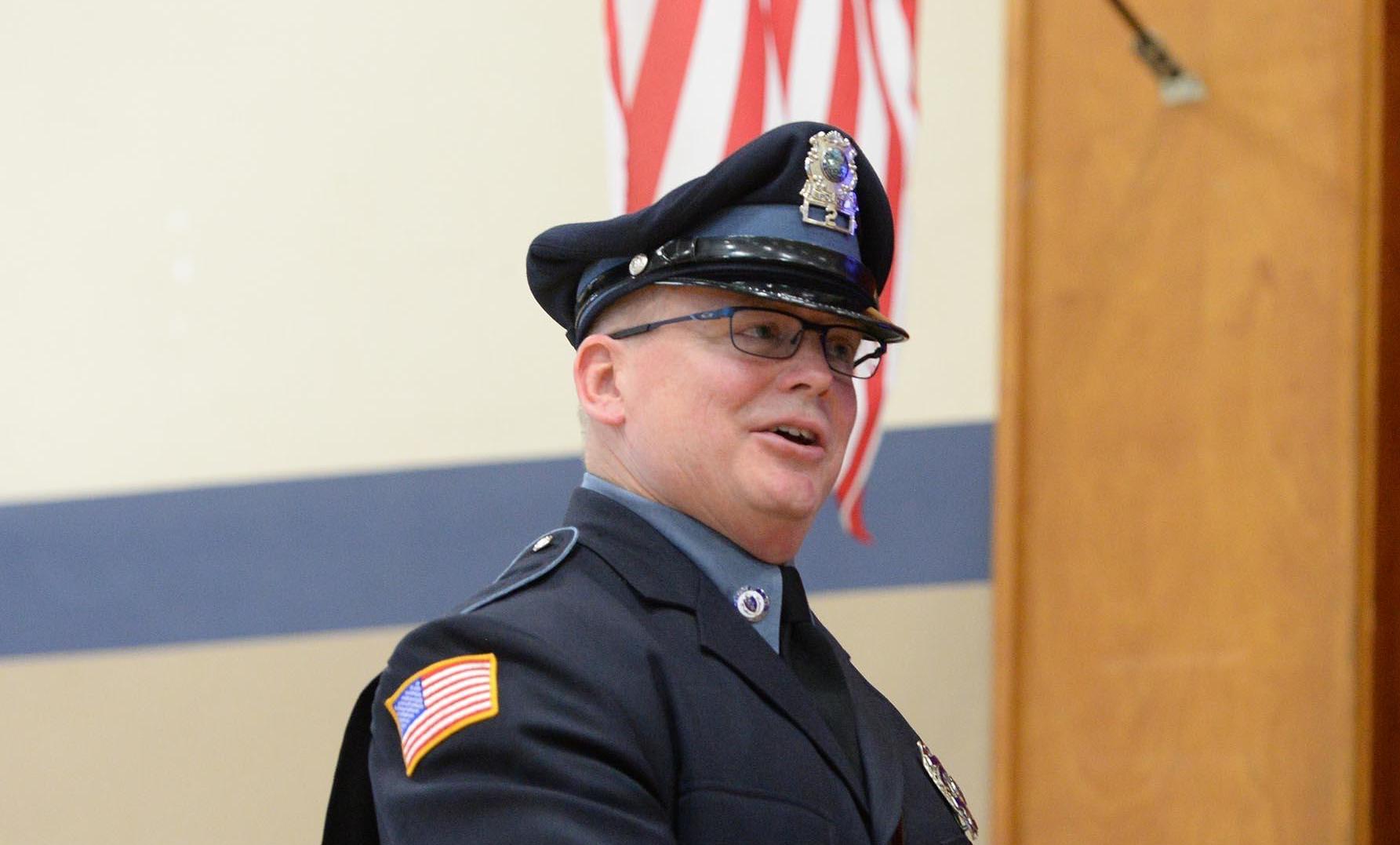 D.A.R.E. Officer Kenneth Thaxter, during the D.A.R.E. graduation at the Howard School in West Bridgewater, Wednesday, May 30, 2018.

WEST BRIDGEWATER — With marijuana being legalized and opioids being a consistent problem in Massachusetts, West Bridgewater police officer Kenneth Thaxter is faced with confronting a confusing message faced by Howard School sixth-graders — the difference between what is legal and what is safe.

Thaxter has taught the D.A.R.E. program for 16 years. In the course of the program, he covers illegal drugs, unsafe use of legal drugs, internet safety and bullying. According to Thaxter, kids understand the dangers of illegal drugs, but more time and discussion is now spent on the understanding that legal drugs can still be unsafe.

“A lot of the mysteries are around the issue of legal marijuana and prescription drugs and how they can be legal and dangerous at the same time,” Thaxter said. “Just because something is legal and is an adult behavior doesn’t make it necessarily good for kids.”

Howard School sixth-graders graduated from the program Wednesday. The students were proudly clad in black D.A.R.E. T-shirts with American flags on them. However, while the program has concluded, the department’s connections and interactions with students will continue.

“What we’re trying to do is we’re trying to let them know there’s a real group of adults — teachers, Police Department — that will help them, assist them and care that they do well,” Thaxter said. “This is borrowed, but we changed from scare tactics to care tactics.”

When the students transition into the high school, through their interactions with the department, Thaxter said some are comfortable enough to utilize the student tip line when peers participate in dangerous or alarming behavior.

“It’s hard to say what was there for each of these decisions. What D.A.R.E. provides is sort of another adult voice,” he said.