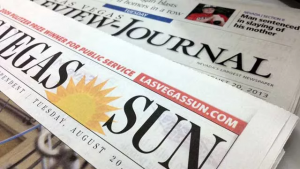 School-based, curriculum-driven drug prevention programming is an essential part of efforts to address drug abuse problems in the U.S. Almost no one would disagree with this — especially parents of school-age children, teachers, school administrators and community law enforcement officers.

On Feb. 7, the Las Vegas Sun published an article, “Results matter more than good intentions.” In it, Ron Haskins noted that D.A.R.E. (Drug Abuse Resistance Education), the school-based, curriculum-driven prevention program, had been shown to have negative effects. That assertion was based on research I conducted almost 30 years ago.

Why is this important? First, even the best curriculum would not be helpful without a way to take it to scale — to deliver it anywhere and everywhere. Every one of the 3,142 counties in the U.S. contains at least two community-based institutions — schools and law enforcement. D.A.R.E. officers put a “local human face” on law enforcement. Let’s not forget that law enforcement is the only community organization where both reduction of the drug supply and prevention of use of drugs are located.

Second, D.A.R.E. has highly trained law enforcement officers who can deliver effective curricula from kindergarten through high school. Every D.A.R.E. officer undergoes an unparalleled 80 hours of intensive training to deliver the curriculum exactly as it is written. Classroom teachers who deliver drug prevention curricula usually undergo just two days of training. Why is this important? When teachers deliver a prevention curriculum, parents think of them as “teachers” of a certain grade or content. The DARE officer is known to the community as the person responsible for prevention.

The most common comment from parents whose children are receiving D.A.R.E. is: “The D.A.R.E. officer was always at our family dinner table on the days s/he was in our child’s school. I didn’t get drug prevention when I was in school; I received it from my children and their D.A.R.E. officer.”

Third, for 30 years, D.A.R.E. has staged annual training conferences where its officers receive continuing education about trends in drug abuse at the community level, as well as effective ways to deliver prevention programming in schools.

The primary goal of most school-based, curriculum-driven prevention programming is to encourage decisions by young people to never use drugs, or at least to ensure a significant delay in the onset of drug use. The focus of social-emotional learning principles in the keepin’ it REAL curriculum could be critical elements in decisions to stop using drugs.

D.A.R.E. America recognizes that its comprehensive K-12 curricula are only one part of a comprehensive approach to drug use and abuse prevention at the community level. It is important to note that law enforcement agencies are officially committed to the mission of reducing the supply and demand for drugs via prevention.

Carson City Sheriff Ken Furlong has said: “How do we continue to engage kids so that they trust us and we can trust them? It starts with programs such as D.A.R.E.. Why is D.A.R.E. so important to our community? Because connecting with children early on, getting the trust and relations going has proven that it works.”

My research examined the effects of the original 17-lesson curriculum. The fact is, the original curriculum did not have the desired effects, yet still was found in almost 75 percent of schools.

D.A.R.E. was obviously not pleased with the results of my study long ago. However, to my great surprise, the folks at D.A.R.E. listened respectfully to my criticisms and asked for advice on how to improve their work.

It was always clear they wanted me to be brutally honest in my assessments. They invited me to be on and later chair the D.A.R.E. Scientific Advisory Board, and eventually to join the board of directors. I believe they have over three decades continued a quest to become an effective vector for school-based, curriculum-driven prevention programming.

The new D.A.R.E. is not your daddy’s Oldsmobile; it is state-of-the-art in all aspects.

Richard Clayton retired in 2013 as The Good Samaritan Endowed Chair in Health Education and Health Promotion in the College of Public Health at the University of Kentucky. For more than 20 years, he was director of the federally funded Center for Prevention Research.